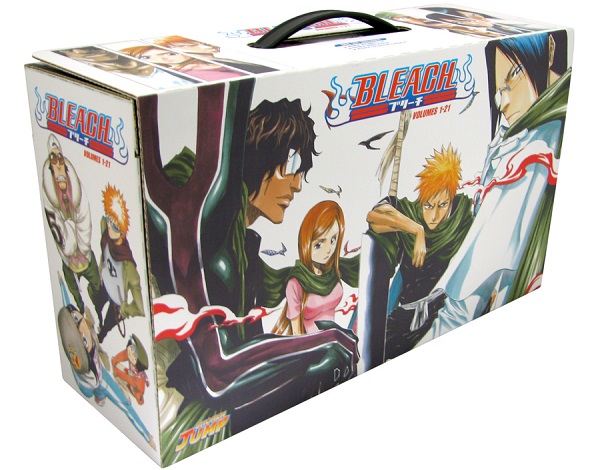 Today Viz Media has announced new manga box sets for two of the longest running series that they own, though one of them just so happened to wrap up a few weeks ago. In July 2015 Viz is planning on releasing the Bleach Manga Box Set 2 and Naruto Manga Box Set 2. The Bleach box set, priced at $214.99, will include Volumes 22-48 while the Naruto box set, priced at $174.99, will feature volumes 28-48.

The company also has revealed that they will be re-printing additional Set 1 box sets for both Naruto and Bleach starting in January 2015 to meet the overwhelming demand for each of these sets.