Aniplex of America has announced their acquisition of the streaming rights to all three seasons of the new Durarara!!x2 series. The new adaptations were initially announced in May. Although the first series was animated by Brains Base, the second series will be animated by Studio Shuka, the company’s first major project. Aniplex USA has launched an official English website for the series. They describe Durarara!!x2 as follows:

“6 Months Later…We haven’t changed at all… or it seems….”

Peace has once again returned to the city and people are living each day normally.

The high school students enjoy their days of youth as the strongest and most dangerous man of Ikebukuro works diligently. The informant plots a new scheme and the headless rider is pursued by the cops as she rides through the night…But soon this normal will be cut short by the abnormal. Slowly but surely, the unknown will seize the city and face an all new storm.

The first season of the new series will premiere in January 2015. The episodes will be streamed with English subtitles on Hulu and Crunchyroll. 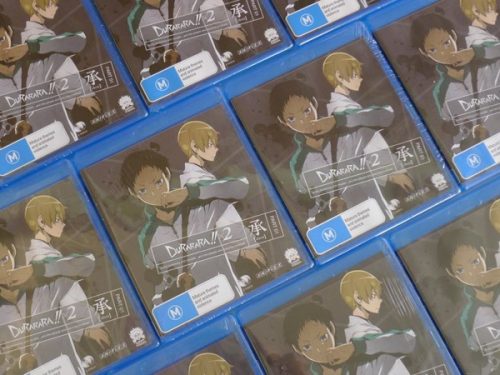