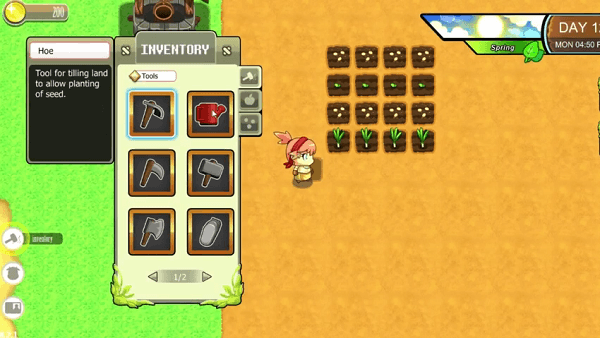 You may not have heard of a certain Harvest Moon inspired title that was kickstarted last year called Wild Season but next year it will be available on nearly every platform. It has been revealed that Wild Season will be released on not only its previously announced platforms, Android, iOS, Mac, PC, and Linux, but also the PlayStation 4, Xbox One, and PlayStation Vita.

To go along with this announcement a new trailer for Wild Season was released and you can check it out below. For those unfamiliar with the game, Wild Season will allow players to do various standard things such as expand and repair their farm, grow crops and raise animals, as well as grow their relationships with other characters. It seems that there may even be monsters as this latest trailer warns players to be careful.