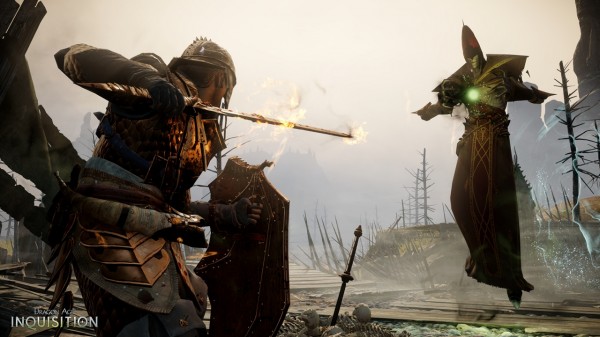 Thedas is under threat, its people terrorised by a demon plague. The proclaimed ‘Hero of Thedas’ – the Inquisitor – has the hopes of all the world’s citizens on his shoulders, although he doesn’t bear this burden alone. With a team of legendary warriors at his side, the Inquisitor plans to bring this conflict to an end before it becomes too late.

Check out the latest official trailer for Dragon Age: Inquisition entitled ‘The Hero of Thedas’ embedded below. The much anticipated sequel from Bioware and published by EA, will be released on November 20 in Australia and November 21 in New Zealand, and is rated MA15+ by the Australia Classification Board. This November, “lead them or fall!”