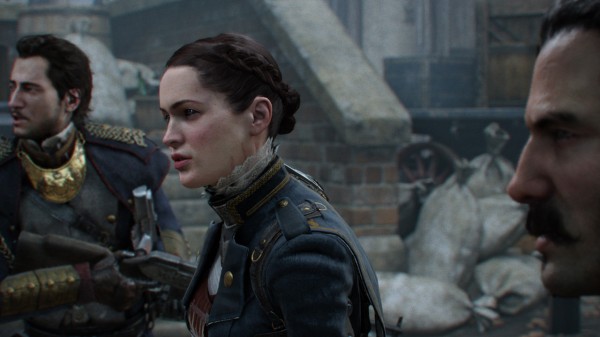 The Order: 1886 has been receiving a lot of flak since, well, first gameplay footage was shown. While the fluidity of the blending between cinematic and gameplay was what impressed me early on, others seemed to hate the apparent focus Ready at Dawn has placed on the cinematic element. Unfortunately, those opinions have only been validated ever since Sony started putting The Order: 1886 in the hands of gamers and press alike at the various expos throughout 2014.

Now it was my turn to see for myself. The demo is the exact same that many of you may have already watched online, featured at PAX Prime, Gamescom and a couple other exhibitions. It begins just outside the Stockley and Co. Distillery as the Knights of the Round Table (The Order) are ambushed from the second storeys of buildings ahead of them. Sir Galahad (Grayson), the player character and main protagonist, takes shelter as Sir Percival (Sebastian Malory), the eldest member of the group and mentor to Grayson; Lady Igraine (Isabeau D’Argyll), Grayson’s apprentice and lover; and Marquis de Lafayette, the youngest among them, engage in gunfire. Gaining control, the player is instinctively influenced to take cover behind a nearby pillar. The Order: 1886 features a sticky cover system akin to that of Gears of War, with “O” entering cover and “X” exiting. Grayson has two weapons at his immediate disposal: the standard Luger pistol, and the creative and devastating Thermite Rifle, which shoots disintegrating pellets filled with aluminium iron oxide, as well as a flare to ignite the solution. Players must first spray the flammable liquid using R2, much like a normal gun, and then follow up with the flare by pressing R1, much like a secondary fire mode in other shooters. 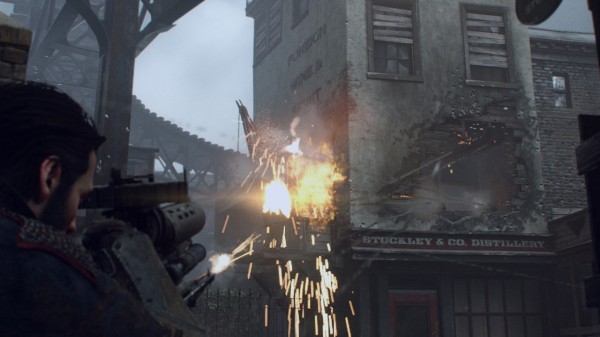 This resulting ball of flame from the above combination burns through cover (not to mention enemies), and can be used in contextual and scripted situations, such as blowing up the top level of the distillery and using the magazine itself as a placed explosive, which you are required to do a bit later in the demo to create an exit. Aesthetically, it’s a spectacular gun with dazzling effects, but the impact upon ignition isn’t quite as strong as expected. What is neat, however, is being able to extend the fiery wall (to a limit) by spraying more aluminium iron oxide onto the flame and and directing it outwards. Progressing forward, Lafayette gets hit and the remaining trio work to drag him to safety. Here, the player must aim and shoot at foes above as Grayson drags his comrades body. Aiming accurately here was nigh impossible, and more confounding was the fact that you could kill three guys before a fourth emerges and deals the final blow with a pipe bomb of sorts, but restart from that checkpoint and fail to kill even two, and somehow the game allows you to survive. Perhaps the title scales difficulty if you fail a certain number of times, but we were never made aware of that functionality. After a short cutscene, picking up a collectible and moving forward, my controls went completely haywire… 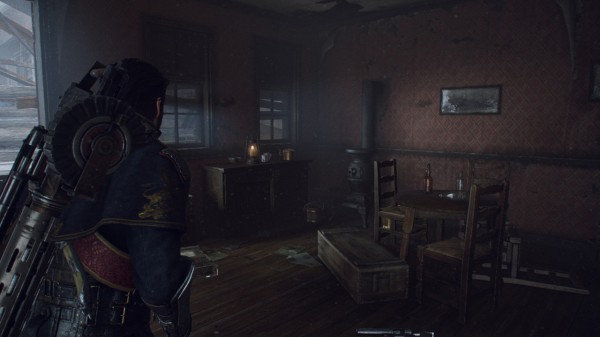 Now, coming out of the EB Games Expo 2014 this weekend, having played The Order: 1886 for the first time, I was sorely disappointed for a few specific reasons. The biggest of those were the controls, but after putting things in perspective, heeding the staff’s warning that the demo is still buggy, and conversing with some fellow reporters who had no issues in this department during their own playthrough, I concluded that I was simply a victim of said bugs. Sir Galahad would run in circles without any input, refuse to enter cover and not respond to my attempts at aiming with the right thumbstick. It was extremely frustrating. The game already feels clunky and overwhelmingly heavy as it is. The other major issue relates to feedback. While the weaponry is impressive and intimidating, both visually and conceptually, they lack any true feeling of impact upon firing and landing shots. The Order: 1886 has some great ideas in place, and I’m all for a story-focused experience, but Ready at Dawn have their work cut out for them if they want to meet the already revised release date of February 20, 2015, and avoid another delay. 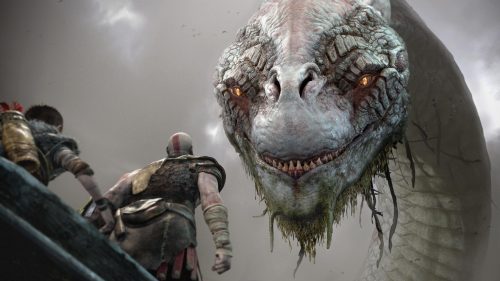