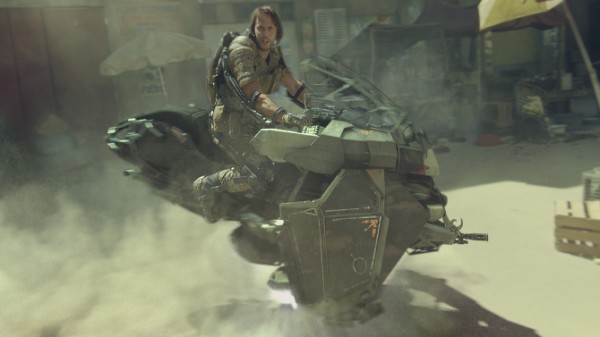 Every year the launch of Call of Duty is more than just another product launch; it’s a cultural event that draws millions of people together from all over the world. And this year, Sledgehammer Games has created a title that’s bringing an all-new experience to the franchise. Our goal is to match that innovative approach with one of the most dynamic and far-reaching launch campaigns we’ve ever deployed. ‘Discover Your Power’ personifies the new ways that players can become the centre of their own epic action experience in Call of Duty: Advanced Warfare, with greater capabilities than ever before.

As mentioned previously, you can pre-order the Call of Duty: Advanced Warfare Day Zero Edition, allowing you to play a day early on November 3, with two custom weapons – the AK-12G Assault Rifle and Crossbow-B2 – along with a Double XP bonus for the day. Check out the live-action trailer below!