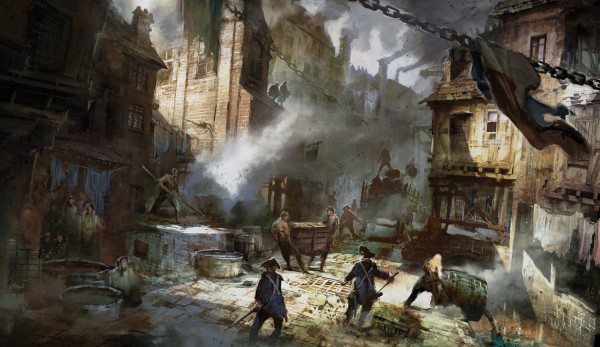 A new trailer from Ubisoft features Dan Jeannotte, Catherine Bérubé, Alex Invanovici, Brent Skagford, and Bruce Dinsmore. They provide the voice of Arno, Élise, the Marquis de Sade, Napoleon Bonaparte, and Maximilien de Robespierre respectively in Assassin’s Creed Unity. The trailer sits the actors down for an interview about their characters and will provide players a strong background on the characters they will encounter and their personalities.

Assassin’s Creed Unity will be released for PlayStation 4, Xbox One, and PC on November 11, 2014 in North America and on November 13th in Europe. It will be the first in the series to be released exclusively for next-gen consoles.

The Mighty Quest for Epic Loot Gets Watch Dogs Gear