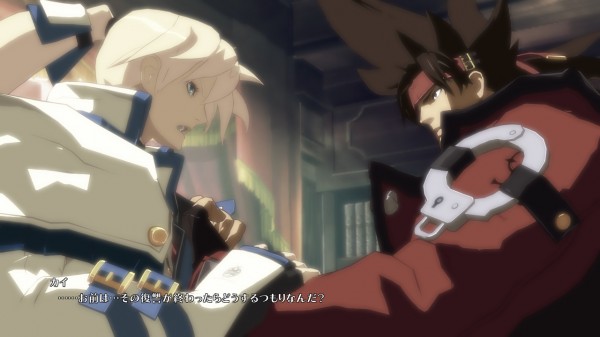 Aksys Games has announced that fans of Guilty Gear won’t have to wait for too long after Guilty Gear Xrd: Sign is released in Japan, as it is now set to be released in North America on December 16th, less than two weeks after the game’s release in Japan. When released on the PlayStation 4 and PlayStation 3, Guilty Gear Xrd: Sign will offer 3D character models that were built from the ground up to look like standard 2D sprites, creating a never before seen style for a fighting game.

A limited edition will be available for purchase alongside the standard versions of the game, costing $79.99 on PS4 and $69.99 on PS3, and it will include a special outer box that replicates “The Backyard”, a soundtrack featuring the game’s iconic rock themes, as well as character book featuring profiles for all of the characters from not only this game but past games as well. To top that off it will also include a Sol Badguy keychain inscribed with the words “Free” modeled after Sol’s belt buckle.