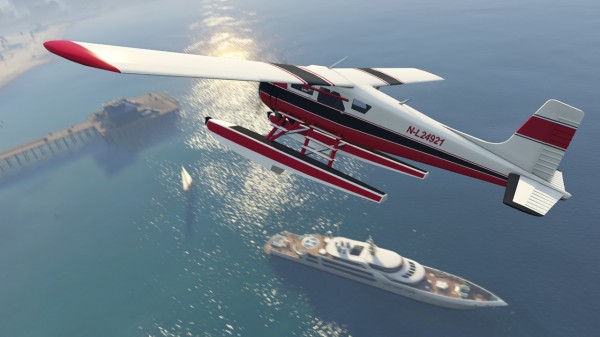 The Dodo seaplane: It may take a little firepower to get your hands on this highly versatile GTA classic.

Rockstar are going about the “remastering” process the right way. The developer is not just adding a fresh coat of paint to Grand Theft Auto V, but is adding content. We’ve known for a while that returning players would received additional incentives and in-game bonuses, and now we are privy to those. Read on below for Rockstar’s breakdown of what original PS3 and Xbox 360 players can expect, exclusively for their dedicated souls:

New Events & Rewards – Encounter new events happening all across the world, and complete the challenges they present to unlock exclusive new vehicles like the menacing Imponte Duke O’Death and that veritable GTA classic bird of flight, the Dodo seaplane. The Imponte Duke O’Death: As you might expect, when you first stumble upon this near-indestructible mayhem machine, trouble will follow. Deal with it judiciously and this beauty’s all yours. 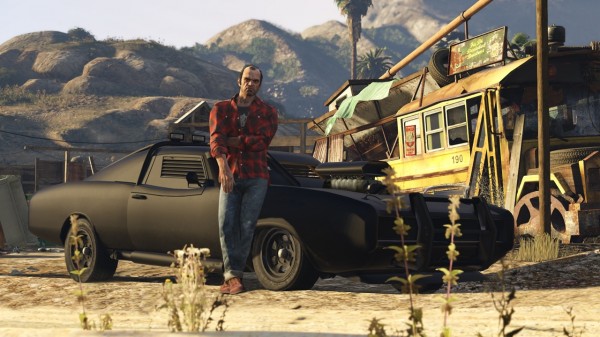 Murder Mystery – As Michael, follow a trail of cryptic clues to unravel a grisly murder mystery. Put the clues together and you’ll unlock two Noir Style Filters, which will give your Story Mode gameplay and Snapmatic photos the feel of a gritty old school crime classic. Get to the bottom of a murder mystery that strikes right at the heart of Los Santos’ most cherished industry. 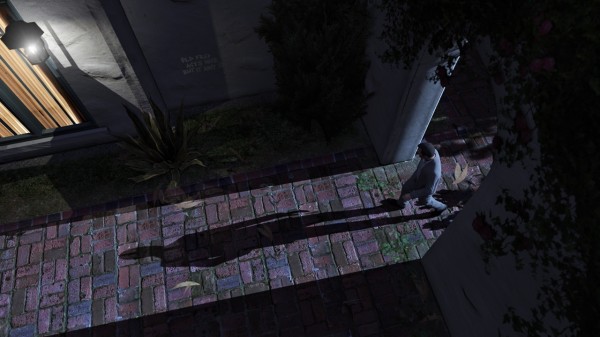 Weapons: The Rail Gun & Hatchet – Obliterate your adversaries with the high-powered, high-velocity Rail Gun. This piece of experimental military technology also has its own set of Shooting Range Challenges at your local Ammu-Nation shooting range. Or hack and slash foes up close and personal with the brutal Hatchet melee weapon. The futuristic new Rail Gun unloads powerful rounds of explosive ammunition upon foes. 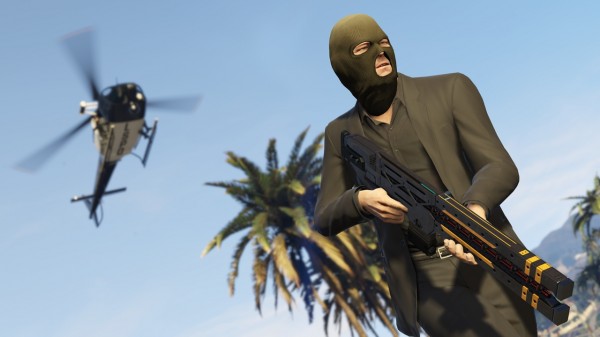 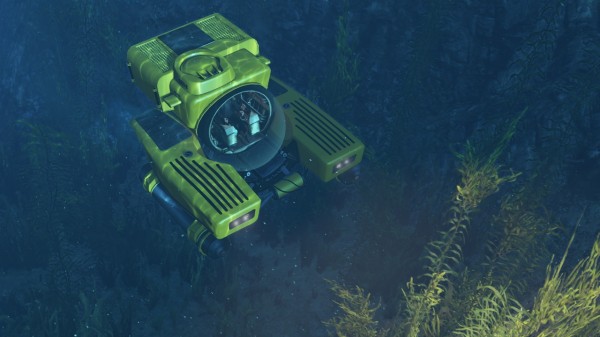 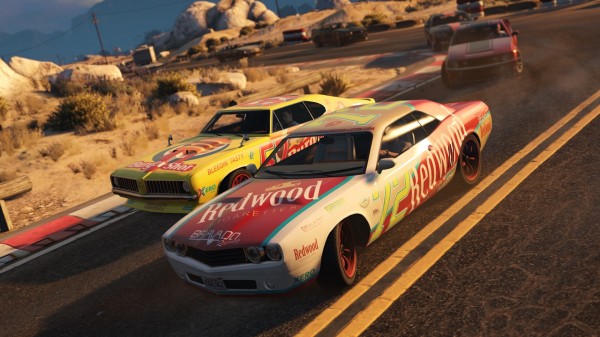 Monkey Mosaics – A mysterious street artist is tagging walls all across town with his simian-inspired silhouettes. Track down and photograph them all to earn new monkey outfits (available to all players) and a special Go Go Monkey Blista exclusively for returning players. Take to the skies in the faster and more maneuverable Xero Blimp. 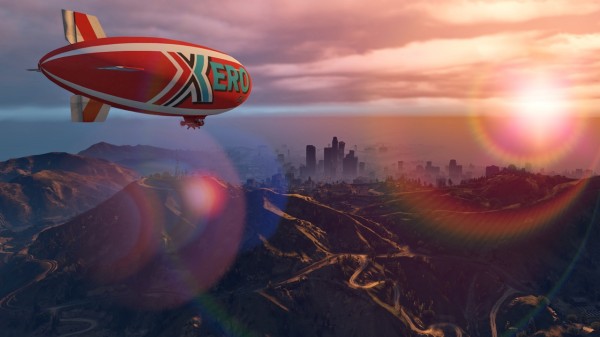 New Vehicles – Grind up the Los Santos freeways (and over anybody in your path) with the Cheval Marshall monster truck and take to the skies in a faster and more maneuverable Blimp, compliments of Xero Gas.
There will also be a bounty of content for all players, new and returning, to discover – including a fleet of classic GTA vehicles and a few more surprises we’ve got planned that you’ll have to discover for yourself come game day. Few objects are an obstacle for the intimidating Cheval Marshall. 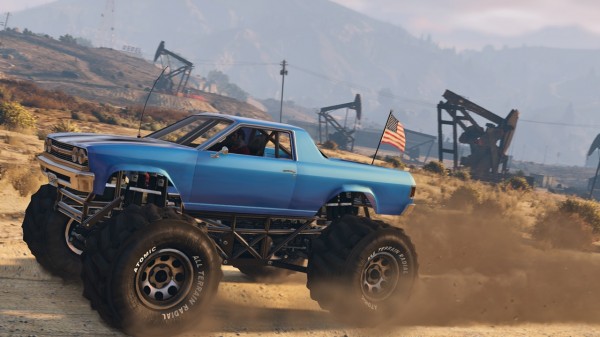 Finally, as previously announced, GTA Online characters and progression will be transferable across generations of console, and it doesn’t matter if you played GTA V on the Xbox 360 and want to purchase it on the PS4, as long as you use the same Rockstar Social Club membership in signing in and transferring your data. And anyone who pre-orders the new version will receive GTA$1M ($500k for Story Mode and $500k for use in Grand Theft Auto Online) as an extra thank you.

Check out the poster below for a visual summary of the content listed above. Grand Theft Auto V will release for the PS4 and Xbox One November 18, with the PC version dropping on January 27. 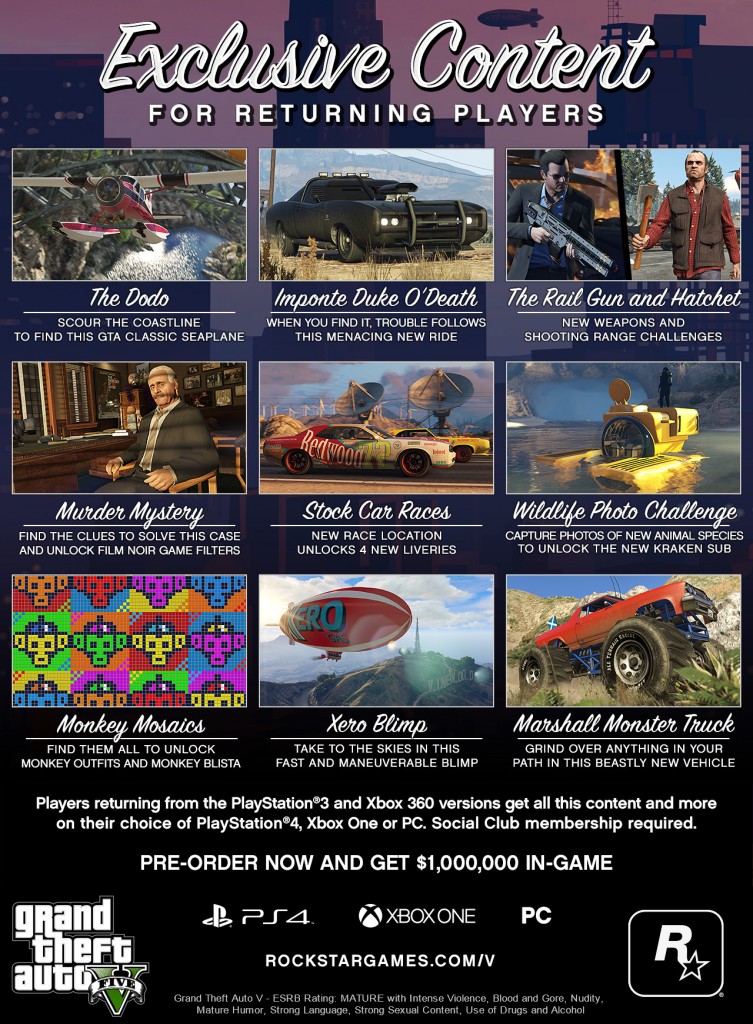 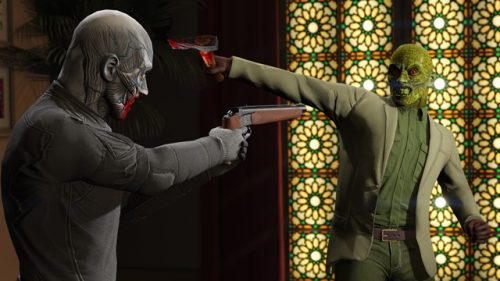