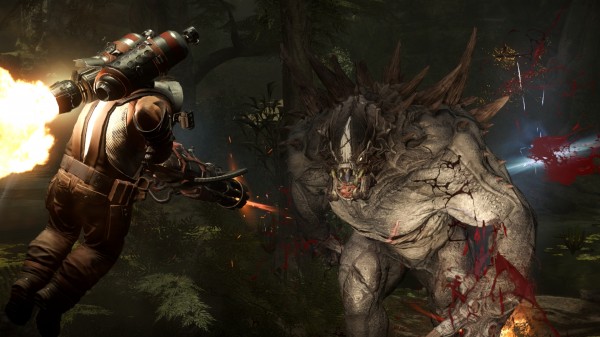 2K Games and Turtle Rock Studios have announced that they will be launching their “Big Alpha” for Evolve on October 30th and it will run through November 2nd on the Xbox One. The closed alpha test will also be available for PC and PlayStation 4 users, however it shall only run from October 31st to November 2nd.

Those who wish to have a chance to enter the beta can place this code: 08347-97365-66457 into the alpha website here followed by the referral code: EVOLVETOWIN. To go along with this announcement a number of new screenshots and a gameplay trailer were released and can be found below. For those who want to learn a bit more about the title, we recently had some hands-on time with the game and you can check out our impressions here.