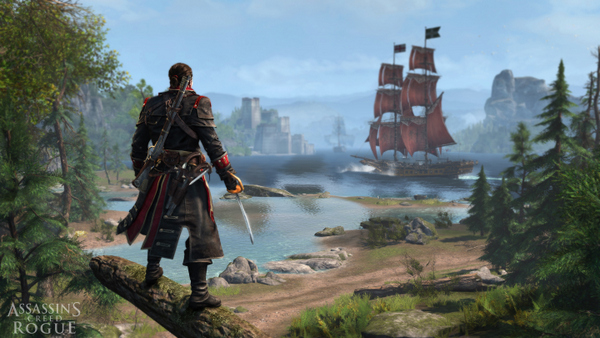 Rogue is set after the events of Assassin’s Creed IV: Black Flags between 1752 and 1761 during the Seven Years’ War and has player’s traversing the North American seas, including new arctic locations. Instead of your typical assassin we are introduced to Shay Cormac, who has left the order and joined the Templars as an Assassin killer. Rogue is reported to not only finish off the trilogy that Assassin’s Creed III and IV started, but also to tie into the events of Unity.

The demo build that was available only had a sea-based section of the game, so I unfortunately wasn’t able to jump into any of the stealth, land-based. Although, I was curious to see what new additions to the naval combat that Rogue had managed to create after the excellent Black Flag.

The first thing I noticed was that the Shay’s ship manages to handle even smoother than Kenway’s from ACIV. The sailing felt quicker and the turning was even sharper than the 2013 game. The second thing I noticed was that despite the better handling, the controls had remained almost identical from the last game, so I was immediately comfortable commanding my ship and its crew.

Your ship also has access to new weapons including an oil slick that can be ignited, and an arsenal of rapidly-firing guns that can pinpoint damage spots on enemy ships (like the previous-game’s spot cannon, but firing much faster). These new weapons feel like an extension of Black Flag’s combat and really fix the fact that some of its naval battles could be unnecessarily slow and grindy.

You can also still board opposing ships once you get in close enough, and take out their crew before commandeering the vessel for yourself. However, now YOU can be boarded mid-combat, forcing you to step back from your role as commander and jumping into the thick of the fight. The new boarding makes the combat feel a lot more dynamic, requiring you to stay on your toes or else be caught off guard and lose your entire crew.

The demo showed off one of the new arctic locations, where I had to pilot my ship through ice in order to reach my destination. The ice slowed down my ship, and large Icebergs could prove to be fatal if they weren’t taken care of through cannon fire. Shay can also jump off the side of his ship and go for a dip in the ocean like before, but now your health will steadily deplete due to the frigid conditions, effectively barring you from the ocean. 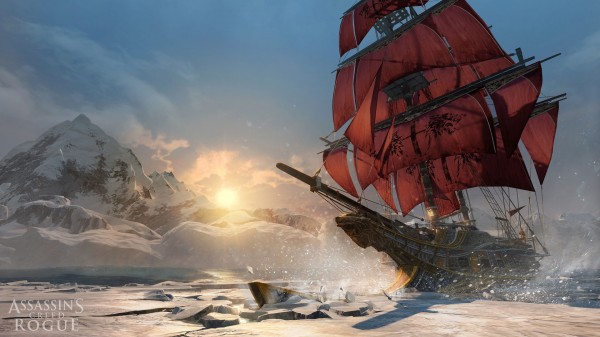 Since Rogue is built for last-gen consoles, it understandably less visually impressive than the next-gen Unity, but it nevertheless looks amazing. The detail is really impressive here, and the game really shows off what can be accomplished at the end of a console’s lifetime (seriously, go compare footage of Rogue to the original Assassin’s Creed and see how far they have come). Shay’s outfit is the most detailed Assassin’s robe I have ever seen, with buttons, buckles, shirts and popped collars all looking fantastic. The ocean is as beautiful as ever, and the new ice sheets and icebergs providing a new take on the landscape both visually and mechanically that we haven’t seen before.

Assassin’s Creed: Rogue is more fluid and responsive than Black Flags, but at the same time if you go into it expecting something different and new then you might be a little disappointed. While it provides some additions and enhancements from the previous games in the series, I didn’t see anything that was particularly new or refreshing. Although, this was only a short demo version of the game and I am still looking forward to playing the real thing on November 13th.

For all of our 2014 EB Games Expo Coverage including hands-on previews and interviews, click here.