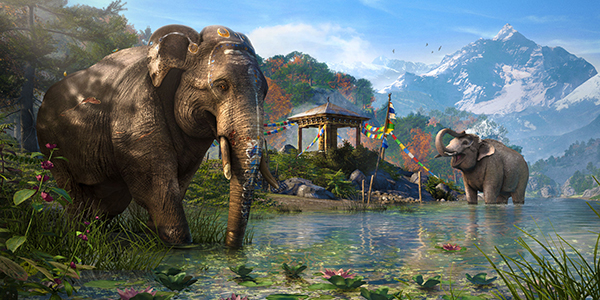 In a video reminiscent of David Attenborough’s nature documentaries, Ubisoft showed off the elephants that inhabit Kyrat in a new trailer. Players will be able to ride into battle on these giant mammals in Far Cry 4. The elephants are able to use their massive bodies to destroy barricades and crush enemies underfoot.

Far Cry 4 takes players to Kyrat, a fictional region up in the Himalaya mountains. Pagan Min has declared himself king and taken control of the area, which is now embroiled in a violent civil war. The game will be released for PlayStation 3, PlayStation 4, Xbox 360, Xbox One, and Windows on November 18th, 2014 in North America and Europe. Australians will have to wait til November 20th to get their hands on the game.