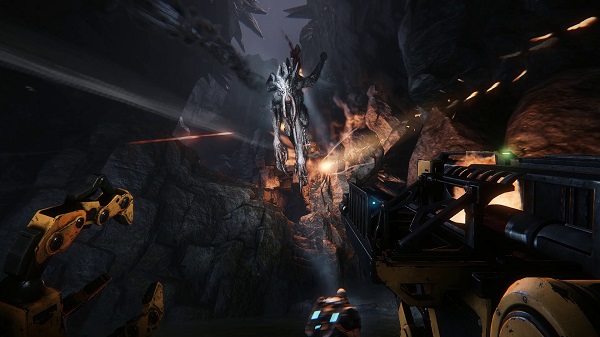 Let’s face it, the October release schedule this year is insane. However it seems that with every week that passes a couple of games jump from October to either being released earlier or delayed until 2015. The latest game to be given the delay treatment happens to be 2K and Turtle Rock Studios’ Evolve.

Originally the title was meant to be released on October 21st but now the company is planning on releasing it on February 10, 2015, another month that is also filling up quickly with high profile releases. The reason 2K gave for the delay is to give the developers more time “to fully realize the vision for Evolve and meet our collective standards of creative excellence.”