London- 4th June, 2014 – In a world where the innocent call out for a true hero, Spilt Milk Studios and Mastertronic call upon you to save the day, as Tango Fiesta explodes onto Steam Early Access, bringing all the best 80’s action mayhem with it!

Tango Fiesta is a top-down co-operative two stick shooter for up to 4 players. Set in a world where the events from every single 80’s action film ever made actually happened, you and up to three friends get to blast, shoot, knife, smash, dodge and rescue your way through the ultimate story of a one (or two, or three, or four) man army prevailing against every evil the world has ever known, in this endlessly entertaining arcade action rogue-lite!

You ain’t got time to bleed, so choose your favourite hero, splash your cash in the gun shop and load up on the most explosive firepower this side of Arnie’s biceps. Charge through a shower of bullets, crushing nameless henchmen as you learn the truth behind all those classic flicks… And once the dust settles, do it all again as enemies, bosses and procedurally-generated levels keep the challenge fresh and exciting on every play-through.

With the Early Access version, players are invited to supply feedback to the developers and help direct the focus of future updates, ranging from new heroes, weapons and worlds to vehicles and bosses.

Andrew J Smith, founder of Spilt Milk Studios, says, “I’m indescribably happy, and absolutely terrified all at the same time. This game means a lot to everyone working on it – more than perhaps you’d normally associate with an over the top arcade action shooter like this – but I mean it when I say it has been and remains a labour of love. I can’t wait to see what people think of the game, to hear what the fans want from us over the coming months, and to make Tango Fiesta the game we all know it can be. It’s a dream come true for the whole team.”

Andy Payne, CEO of Mastertronic, adds “I am so happy that we have been able to help the Spilt Milk Team bring Tango Fiesta to the world. Everyone has worked so hard and with 100% focus to get the Rezzed 2013 Game Jam build into something really special. It’s been a pleasure and an honour to work with Andrew JS, Gavin, Andrew and Ewan.”

Tango Fiesta is out now on Steam Early Access and Get Games for PC and Mac.

Spilt Milk Studios was founded in 2010. So far, they released two commercial games – Hardlines, co-created with Nicoll Hunt, and Crunch – and two experimentals – Hugatron and Tomb. Juicy, spicy and exuberant are three words that sum them up in a kind of airy-fairy, arty-farty, nebulous, feely way. They make games they love to play! 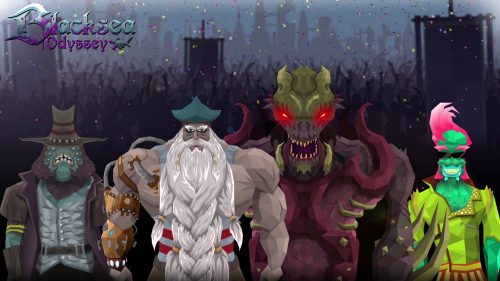