Join the conversation on Twitter using the hashtag #ThePreSequel

Sydney, Australia – 5th June, 2014 – 2K and Gearbox Software announced today that Borderlands®: The Pre-Sequel™,the next standalone game in the wildly popular Borderlands franchise, will be available in Australia and New Zealand on 16th October, 2014, for the Xbox 360 games and entertainment system from Microsoft, PlayStation®3 computer entertainment system and Windows PC. Currently in co-development with Gearbox Software and 2K Australia, Borderlands: The Pre-Sequel is set in-between the award-winning Borderlands and Borderlands 2,andbrings low-gravity shoot ‘n’ loot mayhem to Pandora’s moon for the first time. Additionally, those who pre-order the game through participating retailers will receive the Shock Drop Slaughter Pit bonus content, which features intense zero-atmosphere combat against the fiercest enemies Pandora’s moon has to offer, and rewards players with unique in-game loot.

Borderlands: The Pre-Sequel offers gravity-bending gameplay with oxygen-propelled jetpacks, as well as new weapons, enemies, vehicles, and moon environments. Playing as four all-new character classes with unique skill trees, gamers will contribute to the rise of Handsome Jack and experience his origin story as he transforms into the megalomaniacal tyrant fans loved to hate in Borderlands 2.

“The teams at Gearbox and 2K Australia have combined the best talent from both studios to create a Borderlands experience that we know fans are going to love,” said Christoph Hartmann, president of 2K. “For those that haven’t played the critically acclaimed franchise, there’s never been a better time to jump in than with Borderlands: The Pre-Sequel.”

Borderlands: The Pre-Sequel continues the franchise’s tradition of industry-leading co-op allowing friends to play together locally via split-screen as well as online with drop-in-drop-out capabilities. With co-op being as seamless as ever, Borderlands: The Pre-Sequel remains accessible for gamers and their friends to play alone or together in a variety of configurations.

“It’s incredibly exciting that an all-new Borderlands experience is as close as this October,” added Randy Pitchford, president of Gearbox Software. “If you’ve played any of the Borderlands games or if you have a friend who hasn’t yet, the opportunity to blast off as a new set of playable characters in a whole new campaign experience, including shooting and looting on the moon, is just around the corner.”

“We are huge fans of the Borderlands franchise and are thrilled to have this opportunity to show what we can bring to the Borderlands universe,” concluded Tony Lawrence, general manager of 2K Australia. “We can’t wait for fans to play as Athena, Wilhelm, Nisha and Claptrap and experience the new low-gravity gunplay with awesome new guns to freeze and smash enemies, all in the name of Handsome Jack.”

Gamers who pre-order Borderlands: The Pre-Sequel will gain access to the Shock Drop Slaughter Pit bonus content. Taking place in an old Dahl facility on Pandora’s moon, players will meet TR4-NU, who once was one of Dahl’s military recruiters until he went crazy. TR4-NU is now hosting the Shock Drop Slaughter Pit and giving awesome loot to those who succeed against the moon’s toughest enemies. To pre-order Borderlands: The Pre-Sequel, please visit http://borderlandsthegame.com/index.php/retail/borderlands-the-presequel.

Headquartered in New York City, Take-Two Interactive Software, Inc. is a leading developer, marketer and publisher of interactive entertainment for consumers around the globe.  The Company develops and publishes products through its two wholly-owned labels Rockstar Games and 2K.  Our products are designed for console systems, handheld gaming systems and personal computers, including smartphones and tablets, and are delivered through physical retail, digital download, online platforms and cloud streaming services.  The Company’s common stock is publicly traded on NASDAQ under the symbol TTWO. For more corporate and product information please visit our website at http://www.take2games.com.

Gearbox Software is respected industry wide for award winning, best-selling video games developed for all major video game platforms. Founded in 1999 and headquartered near Dallas, TX, Gearbox Software is well known for the creation, development and management of its original blockbuster video game franchises including the critically acclaimed, award winning Brothers in Arms franchise and the record-breaking, genre-setting Borderlands franchise. In addition to having developed video games in some of the world’s greatest video game brands, including Half-Life and Halo, Gearbox Software has also acquired and produced content for powerful, landmark intellectual property including Duke Nukem and Homeworld. Gearbox Software’s success has been supported through many key and mutually beneficial business relationships with the world’s greatest video game platform and publishing partners including Sony, Microsoft, Nintendo, Valve/Steam, Apple and Take-Two/2K.

Founded in 2006 and based in Canberra, 2K Australia has played an integral role in the development of 2K’s critically acclaimed BioShock franchise – working closely on BioShock and BioShock Infinite, as well as supporting the development of BioShock2. 2K Australia is currently co-developing the next installment in the Borderlands franchise with Gearbox Software, Borderlands: The Pre-Sequel.

“PlayStation” is a registered trademark of Sony Computer Entertainment Inc.

The statements contained herein which are not historical facts are considered forward-looking statements under federal securities laws and may be identified by words such as “anticipates,” “believes,” “estimates,” “expects,” “intends,” “plans,” “potential,” “predicts,” “projects,” “seeks,” “will,” or words of similar meaning and include, but are not limited to, statements regarding the outlook for the Company’s future business and financial performance. Such forward-looking statements are based on the current beliefs of our management as well as assumptions made by and information currently available to them, which are subject to inherent uncertainties, risks and changes in circumstances that are difficult to predict. Actual outcomes and results may vary materially from these forward-looking statements based on a variety of risks and uncertainties including: our dependence on key management and product development personnel, our dependence on our Grand Theft Auto products and our ability to develop other hit titles for current and next-generation platforms, the timely release and significant market acceptance of our games, the ability to maintain acceptable pricing levels on our games, our ability to raise capital if needed and risks associated with international operations. Other important factors and information are contained in the Company’s Annual Report on Form 10-K for the fiscal year ended March 31, 2014, in the section entitled “Risk Factors,” and the Company’s other periodic filings with the SEC, which can be accessed at www.take2games.com. All forward-looking statements are qualified by these cautionary statements and apply only as of the date they are made. The Company undertakes no obligation to update any forward-looking statement, whether as a result of new information, future events or otherwise. 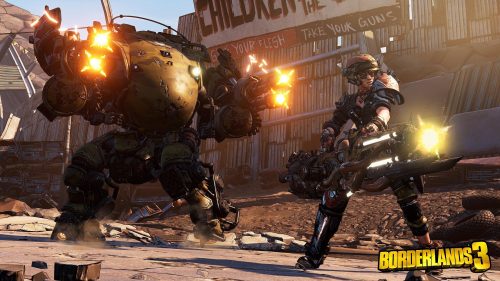