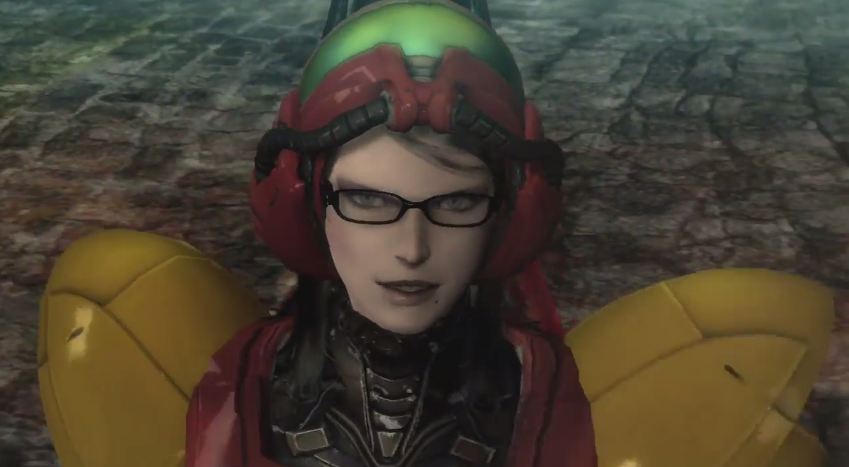 That’s right fellow Umbra supporters, at Nintendo‘s E3 press conference it was announced that the upcoming Wii U exclusive Bayonetta 2 will ship with a little bonus feature: a complete copy of Bayonetta…the first game, not the witch.

Whilst obviously an awesome addition to the release for those who loved quad-wielding, Witch Timing and Durga slamming enemies sent from Heaven, the inclusion of the first game also grants Platinum Games the opportunity to draw some new fans into the franchise. Which, now that the series lives entirely on the Wii U, is definitely a good thing. Just to further relay the message that Bayonetta is now a Nintendo property, the first game will also include three new costumes, based on classic characters Princess Peach, Link and Samus. In addition to changing Bayonetta’s look, these outfits also provide some slight changes to the game’s audio and aesthetic. For example, donning the pink dress of the Princess will change Halos into coins and the demonic limbs that punctuate combos into those of Bowser. Link’s Hyrulian garb will also net you some trademark audio that’ll have you pining for Temples…when you’re not too busy smashing pots.

Oh yeah, the trailer released also showed some more information on Bayonetta 2 itself. So that’s cool. We learn that Bayonetta decides to rescue her on again, off again bestie Jeanne by visiting that tourist hotspot we’ve all heard of: Hell. Naturally this place is jam packed with Demons, so you now have the chance to decimate the other side of this biblical war. Bayonetta also appears to have a new travelling buddy who joins her on her jaunt through the Underworld, as any sane person would…

Well, what’re you waiting for? Check out the trailer below and enjoy watching everybody’s favourite Umbra Witch do what she does best: kick ass…and look damn good doing it.

Anarchy Reigns’ Durga is all about tigers and leg cannons