ALL EYES ON WATCH DOGS™: NEW INDUSTRY SALES RECORD FOR LAUNCH OF A NEW IP

London, UK – June 3, 2014 – Today, Ubisoft® announced ongoing record sales for Watch Dogs, which has sold-through more than 4 million copies in its first week, positioning it as the best-selling new IP at launch across the video game industry*.  Having already broken sales records in the first 24 hours following its release, Watch Dogs is now the company’s best-selling game ever in week one**.

The launch of Watch Dogs on consoles and PC was accompanied by the release of a free companion app, ctOS Mobile. The app allows gamers to connect with the Watch Dogs universe from anywhere, at any time, and is designed to enable revolutionary dual-screen gameplay, or even to be enjoyed as a standalone experience without the main game. ctOS Mobile has already been downloaded and played more than one million people**. Watch Dogs will also be released on the Wii U™ system from Nintendo in Fall 2014.

Ubisoft is a leading creator, publisher and distributor of interactive entertainment and services, with a rich portfolio of world-renowned brands, including Assassin’s Creed, Just Dance, Tom Clancy’s video game series, Rayman and Far Cry. The teams throughout Ubisoft’s worldwide network of studios and business offices are committed to delivering original and memorable gaming experiences across all popular platforms, including consoles, mobile phones, tablets and PCs. For the 2013-14 fiscal year Ubisoft generated sales of €1,007 million. To learn more, please visit www.ubisoftgroup.com.

Watch Dogs 2 “Human Conditions” Out on February 21 for PS4 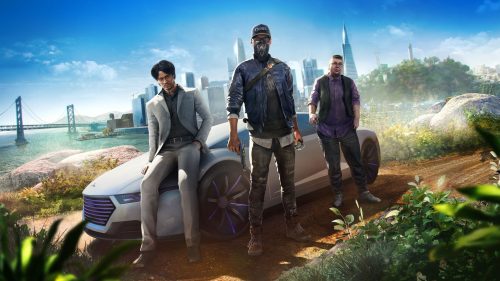