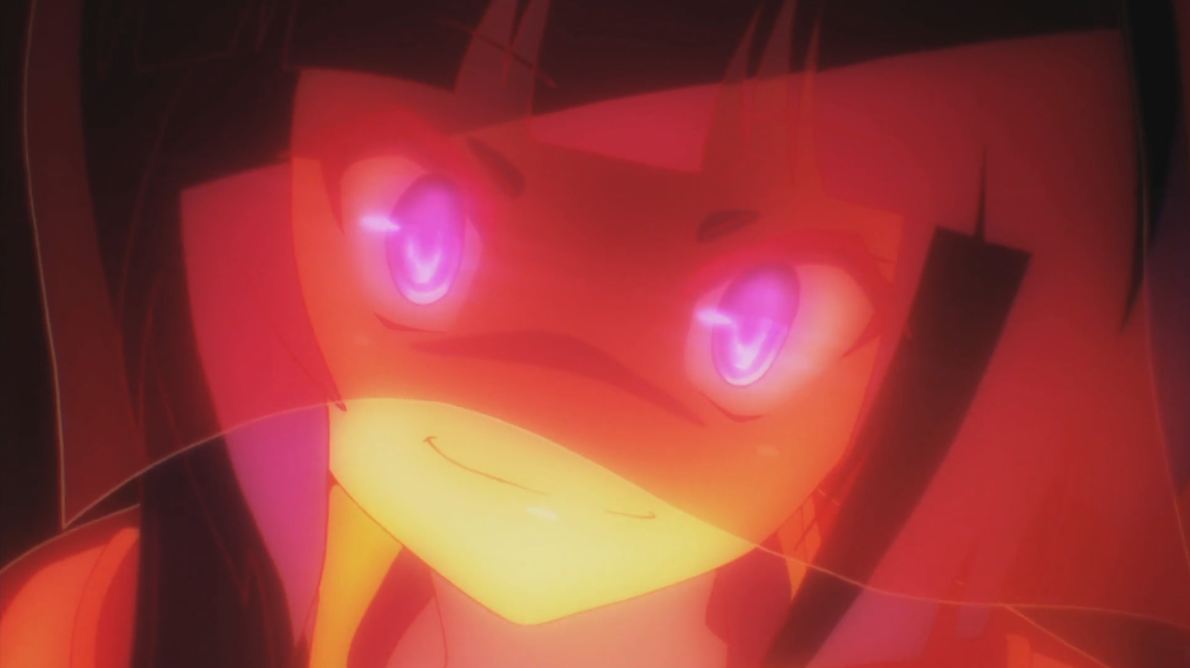 No Game No Life
Episode 4: Grandmaster

Chess is a lot more exciting than you’d think. Especially when the pieces possess their own will and the match also mixes in ideas from simulation games, both fighting and love. They say all’s fair in love and war, but how fair is love during war? Putting that to the test in the last episode, Sora managed to turn the tides of war with little more than a heartfelt confession to a Queen and a rousing speech to his troops. Unfortunately for him, his opponent isn’t going down without a fight…no matter how dirty it gets.

Continuing to spiral further and further down the path of ludicrousy, this episode treats us to the rise of a third faction on the chess board: Red. Led by the former Black Queen, these pieces stand alongside White in order to strike down the Mad King. Seriously, how awesome does that sound? And this isn’t even the plot of the series, this is just a game. The drama forced upon this chess match is so ridiculous and over the top, that it loops back around to being cool. I have never before been so interested in a game of chess before. Having been driven into a corner, Kurami decides to go for broke and orders her troops to sacrifice their lives in order to slay the Red Queen. However, in the midst of her final assault, Kurami’s kings cracks and her pieces crumble. Now I’ll be honest here, the reason that Kurami lost is a little vague. As far as I understand it, as a reflection of her own personality and leadership qualities, Kurami had a powerful link to her King. As she was backed into a corner, she began to panic and envision the situation as if it were a real war. Having convinced herself that Sora and Shiro are enemy spies, the idea snuck into her head that they would assassinate her should she become King. Therefore resulting in the seemingly spontaneous destruction of her King and subsequent loss of the game. Also her overuse of Elven magic can’t have helped the situation. Fear and suspicion are powerful tools if used correctly, but they can also lead to one’s own downfall. Kurami learned that the hard way, which led to a rather unexpected display of emotion. Don’t judge a book by its cover I guess. 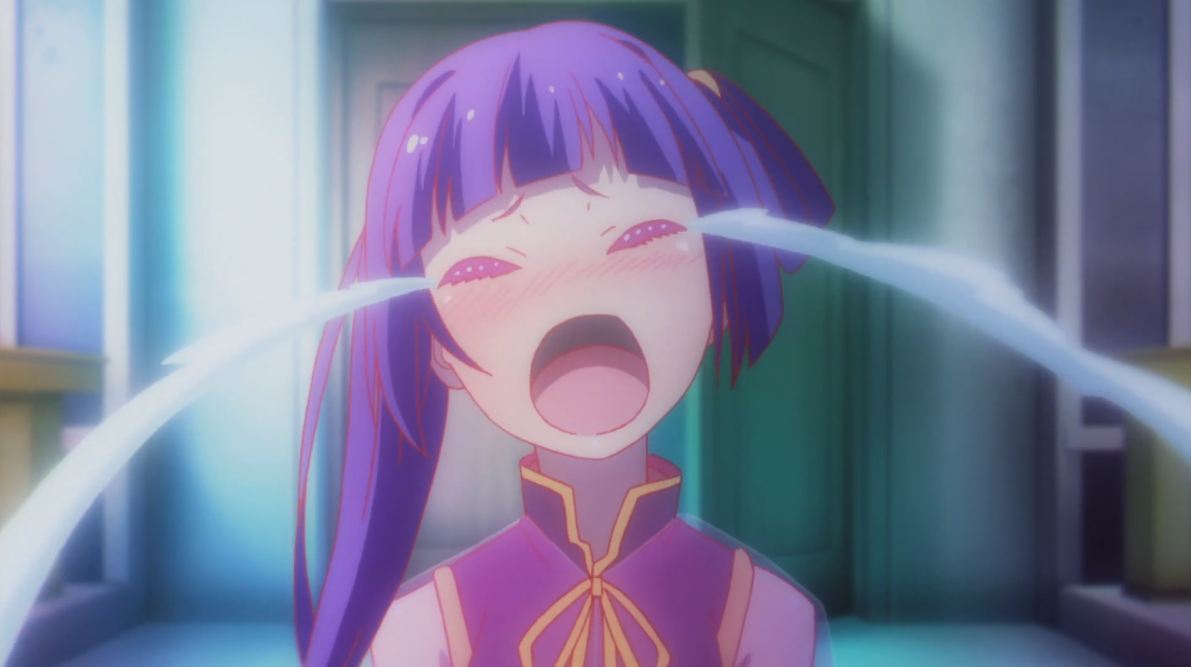 …and a Sad King falls

Once again showing that he is one of the smartest people in Elkia (the other being Shiro), Sora utilises his talents of manipulation to cleanse the government of spies, ascertain the truth and put the country back on track in a single hand of Scissors, Paper, Rock. It is this same attention to detail that allowed both him and Shiro to become King together, though admittedly that took a while longer.The same day also see’s Sora resolve crop issues and establish a budget for the country, resolving two problems that have apparently plagued Elkia for too long. Not to let the seriousness of running a country overwhelm the anime, we learn that Sora only understands how to act because he pays attention to all of the domestic factors when playing Civilisation. Who ever said games don’t teach people anything?

After Shiro help him reign in his deathly fear of  crowds, Sora makes a grand speech to the people of Elkia about the defining factor of Imanity: weakness. I know that doesn’t exactly sound uplifting, but it actually is. He declares that only the weak understand how to stand against the strong and though the Ten Pledges have enforced weakness on every race, Imanity are the original weaklings. Though the Exceed may become wiser, they will never be as wise as those who have lived their lives on the bottom. Though this unexpectedly moving display, Sora manages to win over the hearts and minds of his citizens, instilling in them a pride they had long forgotten. So energised are they by this that Sora also reveals the next step in his reign as King: reclaiming Imanity’s lost territories. Now that’s how you rule, less than a day on the throne and he already has all of Elkia standing behind him, ready to march on the world. Though war is against the First Pledge, as always, Sora has meticulously planned everything out. Refusing to believe that a human could best magic unaided, the Exceed races will believe that another country is helping Elkia. Not knowing who it is, each country will bide its time, unable to strike without fear of repercussions. Once again, another display of brilliance that really sets Sora apart from other anime protagonists. Rather than everything working out on its own, Sora makes it work out one way or another. 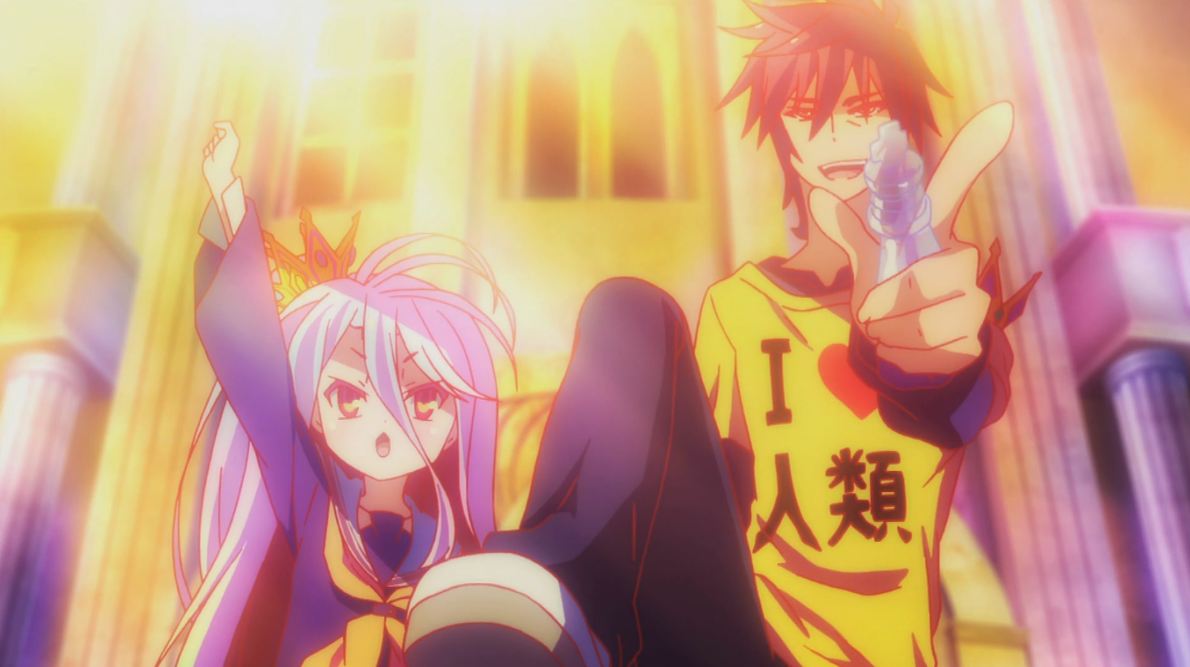 Despite all of these dramatic moments, the most interesting reveal comes with the return of Tet. Ever the gamer, we learn that there is a reason the Exceed are comprised of sixteen races and that reason is centred around a game we are all familiar with: chess. As we now know, the ruler of each race is bestowed with a Race Piece, said to embody everything that race is. With sixteen races comes sixteen pieces, coincidentally the exact amount of pieces on one side of a chess board. See where this is going? Should anyone manage to obtain all sixteen Race Pieces, they are presented with a unique opportunity: the chance to play God. Should the challenger manage to best Tet, they will acquire his position as the One True God of Disboard, reigning over everything. It’s quite the prize. Naturally Blank sets their sights on challenging Tet and attaining the position of God, as it’s their policy to be the best at every game they play. However, what I found interesting was that this goal is by no means an impossible task. Remember the chess game Blank played before being transported to Disboard? That was Tet on the other side. See Blank has already bested God once, in fact revenge is the reason why Tet brought them to Disboard in the first place. Kind of petty for a God if I do say so myself. However, despite this rivalry, both parties hold no true animosity towards each other. Tet is happy he has a worthy opponent, whilst both Sora and Shiro thank Tet for bringing them to the world in which they belong. It’s uplifting as it is epic that the two talk so casually to a God, as Stephanie can attest to. 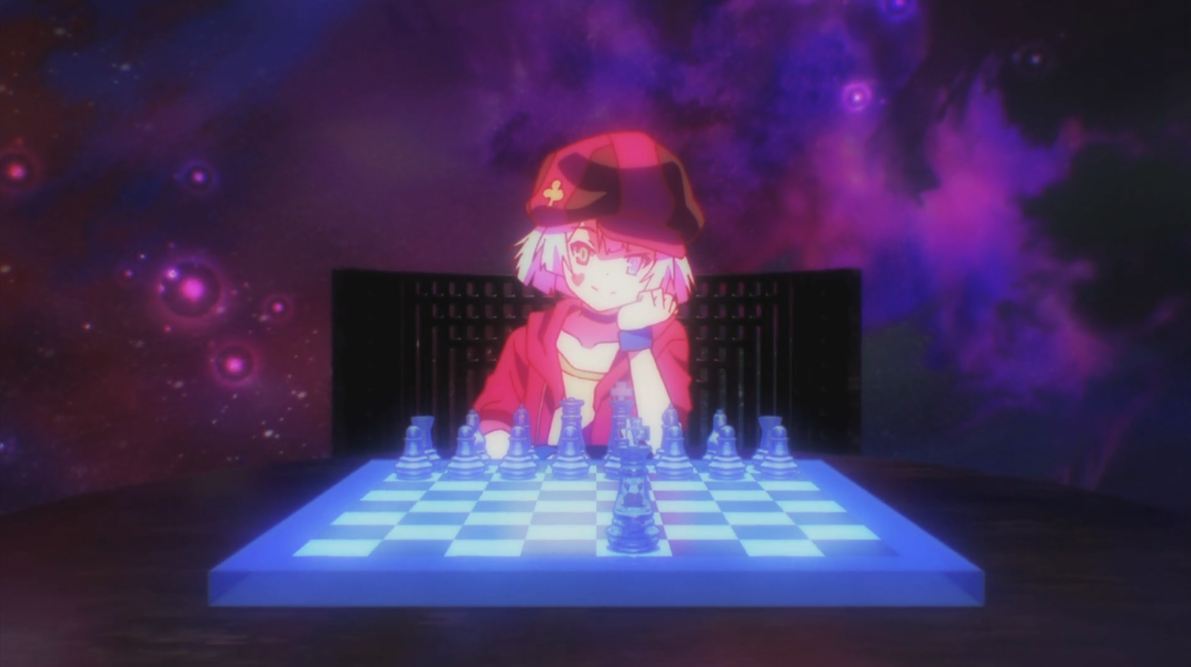 The Game of Gods

With their eyes now set on a position just a few steps above King, Sora and Shiro now have yet another goal to strive for: To beat God. Of course in order to reach said goal they will first have to best every other Exceed race in Disboard and conquer the world, but that shouldn’t be too hard for Blank…right?

No Game No Life Episode 9 Impressions 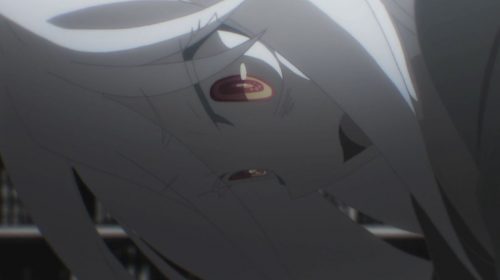