Time Bro, a Bro who has the power to slow down time and inflict definitive carnage against enemies with his beretta, and Broniversal Soldier, who can bring fallen bros and dead enemies back to fight alongside you because Freedom® never dies, are now playable. Players will also encounter a new mechanized enemy unit who wreak massive mech destruction because mechs are awesome killing machines but must be stopped at all costs in the name of freedom, justice and the American way. Oh, and when you stop it you can get inside and f*ck shit up.

Additionally, based on the fan feedback in Early Access, changes to Indianna Brones, the Mammoth Kopter boss and more have been made because Democracy. The full list of updates is available on the game’s Steam forum.

About Broforce
Developed by the devilishly handsome and charismatic Free Lives (www.freelives.net) Broforce brings the shock and awe as gamers across the globe take control of an under-funded, over-powered paramilitary organization dealing exclusively in excessive force. Bro out with up to four friends, locally and online, in non-stop, explosive run ‘n’ gun action and eliminate the terrorist forces that threaten our way of life. Adapt your tactics as you select bros from a massive roster of true 80’s and 90s action heroes, each with unique weapons and abilities. Set off incredible chain reactions of fire, napalm and limbs in the name of freedom. Then, as the dust settles, face off against each other in one of many competitive modes. 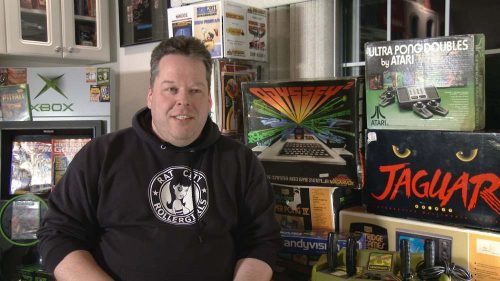