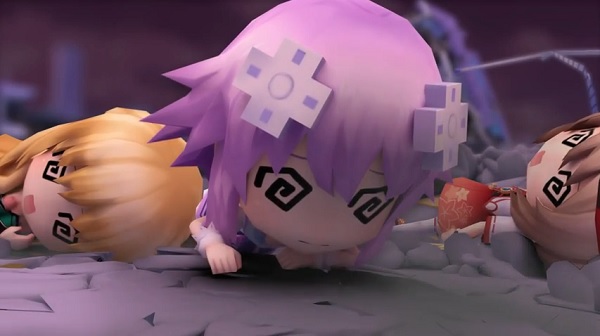 Out of the many characters in Hyperdimension Neptunia, one of the most popular ones happens to be Noire so it certainly makes sense that Compile Heart is making a spin-off game titled Chou Megami Shinkou Noire Gekishin Black Heart based entirely around her.

However I didn’t think there would be such a power difference in the characters. In this latest trailer for the game, we see Noire taking on Neptune, Vert, and Blanc and soundly defeating all three of them without any help from Noire’s numerous friends she can make in the game. Noire Gekishin Black Heart is set to be released in Japan on May 29th and, being a spin-off from the Hyperdimension Neptunia series that is generally localized by NIS America, one can hope that it will eventually make its way overseas.