Compatibility: Requires iOS 4.3 or later. Compatible with iPhone, iPad, and iPod touch. This app is optimized for iPhone 5.

SPECIAL LIMITED-TIME PRICE: From now through March 31st, Shin Megami Tensei will be offered at a discounted price of only $5.99. Don’t miss out! After March 31st, the game will return to its regular price of $7.99.

Step away from clear notions of good and evil, right and wrong. There are demons in the world, but whether they are ally or enemy depends on where you stand and what you do. In Tokyo 199X, a mysterious murder leads to the emergence of demons and an escalating global conflict with the rise of a charismatic rebel leader in possession of a demon army, and external forces that wish to crush such threats with extreme measures. You, the protagonist, have an unusual ability enabled by a computer program that lets you communicate with and recruit demons to your side. As you collect demons, the program will allow you to store, summon, and fuse them to create the right team to negotiate the ever-changing balance of powers, and fight for the kind of world you ultimately wish to live in.

ATLUS’ revolutionary RPG series, Shin Megami Tensei, began on the Super Nintendo in 1992, and has gone on to sell millions of copies worldwide. It has further given rise to other hit RPG titles, including Persona, Devil Summoner, and Devil Survivor. Previously available only in Japan, this, the very first Shin Megami Tensei game, is available in English for the first time ever.

– Explore dungeons and recruit demons to your party

– Collect and fuse demons to make ever stronger demons

– Your decisions will determine the fate of the world 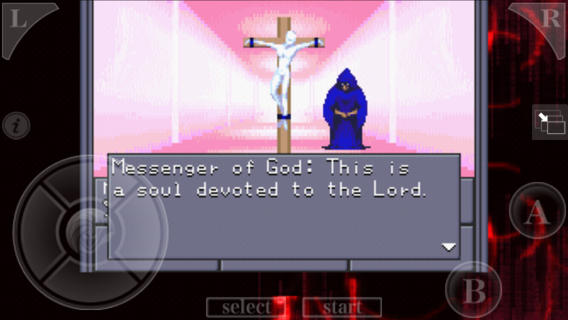