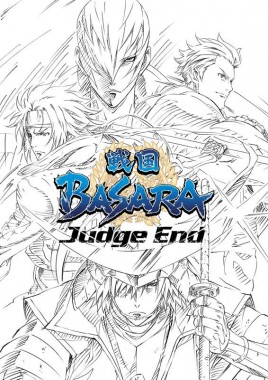 A while back we caught wind of a brand-new “Sengoku Basara” anime series in the works but, just yesterday, this addition to the already-brilliant franchise was confirmed and announced that it will be airing sometime within this year. The new series titled “Judge End” will follow on from the last series and will cover the Battle of Sekigahara, which was an actual battle that pitted East against West for the rule of the country.

This storyline was also detailed in the PlayStation 3/Wii game “Sengoku Basara 3/Samurai Heroes”. “Judge End” will be animated by a new studio, the previous series’ and movie were animated fantastically by “Production I.G.” but this time around it will be “Telecom Animation” who will be in charge of development.

Voice actors from the “Sengoku Basara” games will each reprise their respective roles in the “Judge End” anime which is great seeing as they did such a good job. So far no actually information has been released regarding whether or not this will be a one-shot episode or a new series but you can be sure that we’ll bring you that news as soon as it breaks.