I was lucky enough to find a new blank journal. The last month has been written on scraps of paper. Too bad it wasn’t food. I haven’t eaten in days and clean water is getting harder to find. I’m not sure how much longer my body can hold out while trying to avoid the Nether…

Nether is Phosphor Games’ latest project. The game is a survival based FPS with RPG elements. The game is currently part of Steam’s Early Access program and is receiving regular content updates based on recommendations of the player base. 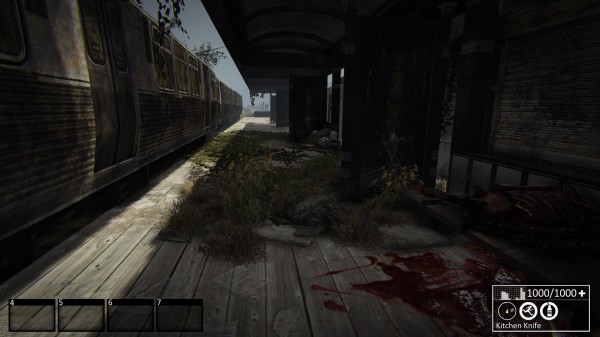 The world of Nether is a gritty post-apocalyptic city like New York. It has been almost ten years since the mysterious event known as “The Cull,” which turned 2/3 of humanity into Nethers, teleporting beings who roam the streets attacking survivors. Other players are just as dangerous as the Nether, as player versus player combat is enabled. Players will need to manage their thirst and hunger while they scavenge the city for weapons and resources.

As almost a decade has passed since The Cull, humanity has done its best to go back to some level of normal, forming small outposts around Anti-Nether devices that protect the area from the Nether. Here, players can complete quests, join tribes, visit weaponsmiths, buy supplies, store items in the global inventory, and fight back the occasional Nether invasion. These havens provide players with a safe space to be protected from PvP while within its borders and for a short time after leaving the area. However, players will have to manage the risk and reward of visiting the safe zones as they tend to attract other players, which raise the chances of interacting with a hostile player. 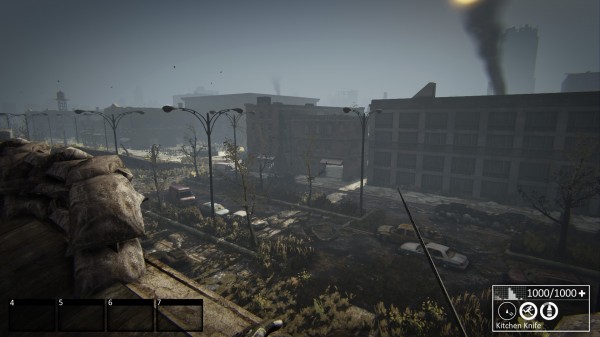 Players will create a character and connect to one of the many 64 player servers located around the world. Each character can carry a certain amount of weight based on their equipped backpack and can equip only two ranged weapons (a side arm and a long arm), melee weapon, and a few cosmetic items. As experience is earned from surviving long periods of time, completing quests, and killing both players and Nethers, players are able to assign skill points into the talent tree to get bonus abilities like steadying one’s breath while zoomed in with a rifle scope and blocking frontal attacks in melee combat. As death is permanent, players will lose all their spent all skill points, some money, and personal inventory on death and must start fresh. Recently, Phoshor Studios has implemented account experience that will award players with small bonuses, which takes away the sting of losing a high level character a bit. 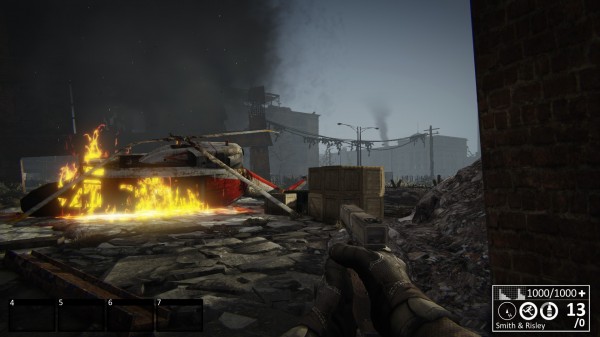 Balancing PvP has been Phosphor’s major projects. The March update has brought a tribe system which aims to help encourage some teamwork without completely killing the PvP oriented nature of Nether. Players will join one of several tribes in return for account experience bonus points. Players are provided with reputation points that will result in bonuses for killing Nethers and enemy tribe members, while punishing those who kill fellow tribe members.

One of things that makes Nether distinctive among the crowded multiplayer survival genre is its urban setting. Currently, only a quarter of the map is available for play, but the city takes inspiration from major American cities like New York City and Chicago. The map is full of tall crumbling skyscrapers that provide tons of vertical space to explore. Resources are already scarce and usable weapons are even scarcer. Players will have a bit more luck looking for smoke columns and lights for resources, but the Nether seem drawn to these areas, just like the players. Occasional supply drops will also become a flashpoint for action as scavengers battle each other for the goodies. 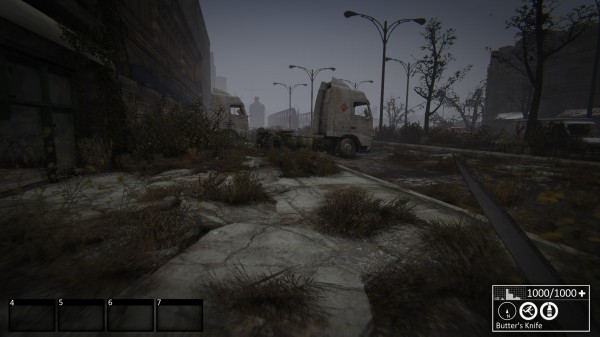 The Nether are a formidable foe, especially in numbers. There are currently several species of Nether, each with their own habits and attacks. They are hard of sight, but their laser sharp hearing will cause them to come to the assistance of other Nethers and investigate loud noises like gunfire. Without serious firepower, players will find that it is extremely difficult to survive fights against only a few Nethers.  The AI is still work in progress, as the ability to lose Nethers by hiding has just been implemented with the March update.

One of the weakest points with Nether at the moment is the lack of visual variety. Many buildings have been reused. Save for a couple of specific buildings, there are only a handful of standard buildings that have been rejigged slightly. Hopefully, these buildings will be replaced as development continues. 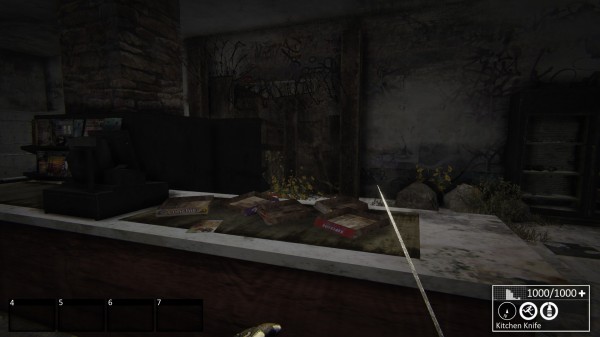 The game does seem to be a bit of a solo affair. In my experience, players weren’t particularly chatty, but were willing to watch how I behaved before choosing to attack or go their own way. Servers tend to hover around the 15-30 player mark, which isn’t bad considering there is only a portion of the map available at this point.

Although the game is pretty early in development, Nether manages to be a fun and tense game. There are some really solid ideas in the gameplay and the developers seem to take player feedback seriously. Combat is a strikes a good balance between deadly realism and more drawn out battles. Phosphor Games has great idea for a setting, but needs to provide a little more life in the city at this point. Nether has all the right ingredients to be a fantastic game.