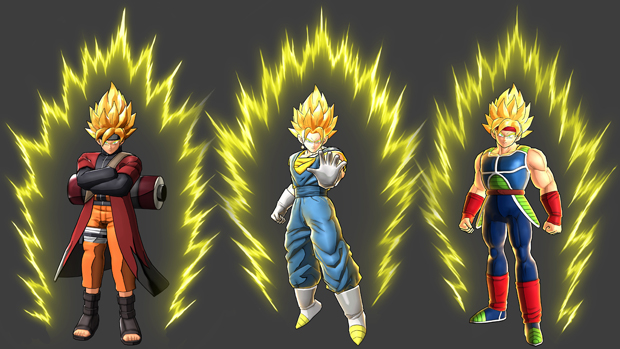 When Dragon Ball Z: Battle of Z first released in late January those who preordered the game through certain retailers were rewarded with either Super Saiyan Bardock or Super Saiyan Vegito DLC depending on the place of preorder, meaning the only way to get both was to either pre-order the game twice, trick an employee out of a code or buy one on eBay at a rediculously inflated price. Well a couple months after release, Bandai Namco have finally released the DLC over the PlayStation Network and Xbox LIVE stores outside of Japan, at the cost of $2.99 (U.S.) per character.

So far the two DLC characters have only shown up on the U.S. stores, but expect other markets to receive it very soon, most likely no later than the end of the week. The Sage Mode Naruto Uzamaki bonus costume seems to be remaining a pre-order only bonus. You can check out our review for Dragon Ball Z: Battle of Z here.