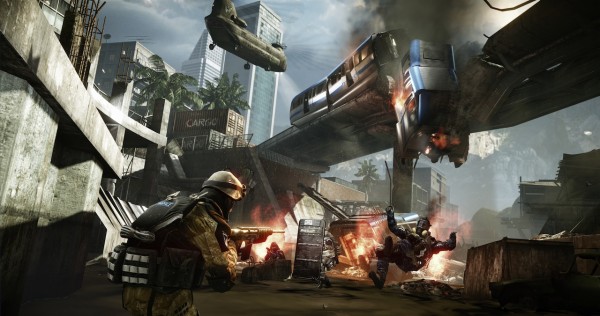 Time to paint on your Warface as the Beta for the Xbox 360 Edition of the free-to-play FPS title from Crytek has launched. Gamers from the United States, Canada, Mexico, United Kingdom, France, Italy, Germany, Spain, Nordics, Australia, and New Zealand with an Xbox Live Gold membership can register for battle at warface.com/xbox.

The Warface Xbox 360 Edition features the same intense cooperative and competitive first-person shooter gameplay that fans of the PC version have experienced, with a class-based system comprised of four classes: Rifleman, Medic, Engineer and Sniper. Once the full game releases for the platform in Autumn, players will receive regularly updated content, including daily cooperative campaign missions and a steady stream of fresh maps, weaponry, boosts and more. Check out the new trailer below that showcases the four soldier classes mentioned in action.