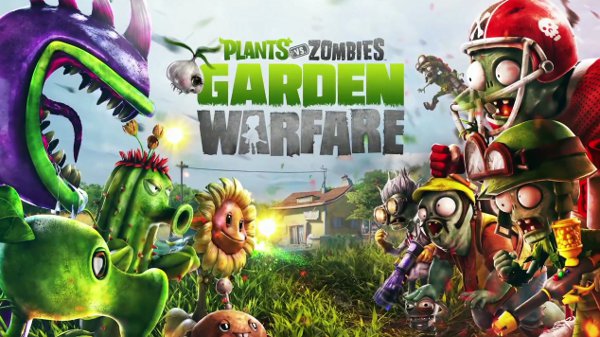 If you like plants, zombies and have an Xbox 360 or Xbox One it’s time to prepare for some garden warfare as Plants vs. Zombies Garden Warfare is out from today on Microsoft’s consoles courtesy of the EA owned studio PopCap Games. The multiplayer shooter combines the power of the Frostbite 3 engine with fresh humour, wild action and the vibrant landscapes of the Plants vs. Zombies series. Players choose a side and wage war against their opposition over three game modes and a huge arsenal or crazy weapons. Two of these modes (Garden and Graveyards and Team Vanquish) are 12 vs 12 competitive multiplayer modes while the other is called Garden Ops and is a four player co-op mode. Plants vs. Zombies Garden Warfare will also features costumes, items and other unlockable content so that you can customise your favourite characters. A PC version is inbound for those without one of Microsoft’s home consoles which is good news for people who own PlayStation’s as the game doesn’t appear to be coming over to the Sony side anytime soon.