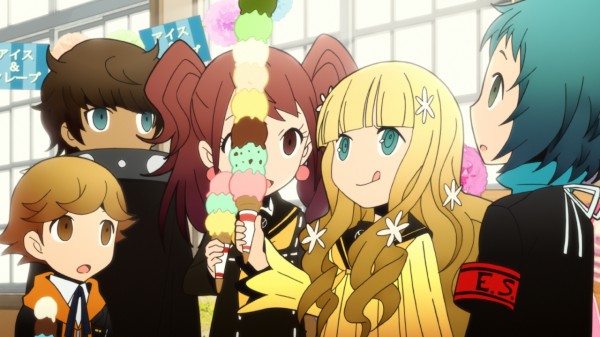 While it was a given that the next numbered Persona title would be getting released in the West, it was a bit iffy if the 3DS spin-off Persona Q: Shadow of the Labyrinth which sees the cast of Persona 4 and Persona 3 thrown together in a labyrinth where they must solve a mystery and try to escape, would be coming over.

Well today Atlus USA put fans’ worries at ease by announcing that they are planning to release Persona Q: Shadow of the Labyrinth in North America sometime in Fall 2014. To go along with this announcement the company has released a new teaser trailer as well as some screenshots for the game which can be found below.