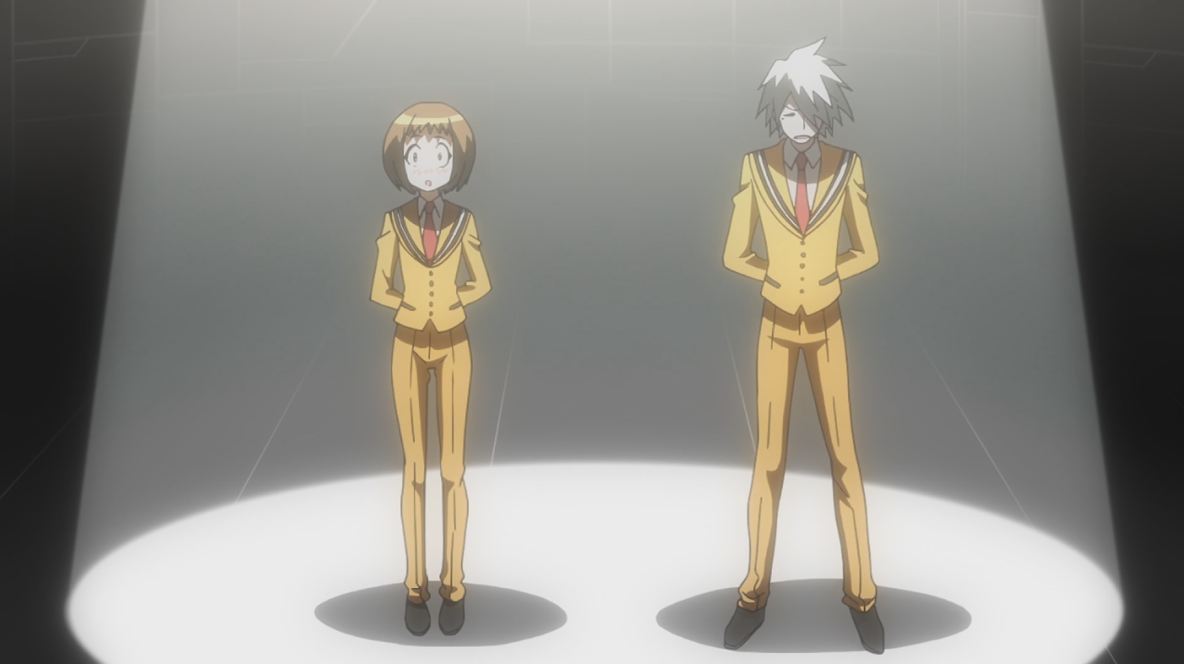 Nobunagun
Gun No. 5: The Second Platoon!

Having bested the perils of a hurricane last episode, and once again proven her potential, it’s time for Sio to take her place as a full member of DOGOO. As Sio comes to terms with her new living conditions, which just so happen to be in some sort of airship, we get to see just how strange the E-Gene Holders truly are. Though what else would you expect from people who essentially have two souls?

Following the rules of anime, the division in which Sio is placed just so happens to be that of Jack, Gandhi, Newton and Galileo (now known to us as Adam, Mahesh, Jess and Galiko). Strange how they were all the characters introduced thus far isn’t it? However, as noted by the Commander and Capa, the unit is not one she would typically be assigned to. Again, anime rules in full effect. Rather than join a support squad, Sio is placed in a combat platoon to undergo a trial by fire. This action serves to cement the notion into our minds that, though she herself is a novice, when undergoing her mental rush and falling into the mindset of Nobunaga himself, she is a tactical genius. Though the E-Gene powers are sporadic at best, from what we’ve seen, Sio seems to have a much stronger connection to her previous life than anyone else. Though other Holders also change when utilising their powers, Sio’s ability to draw directly from Nobunaga’s memories and the totality of her transformation carry an air of danger that the others do not. 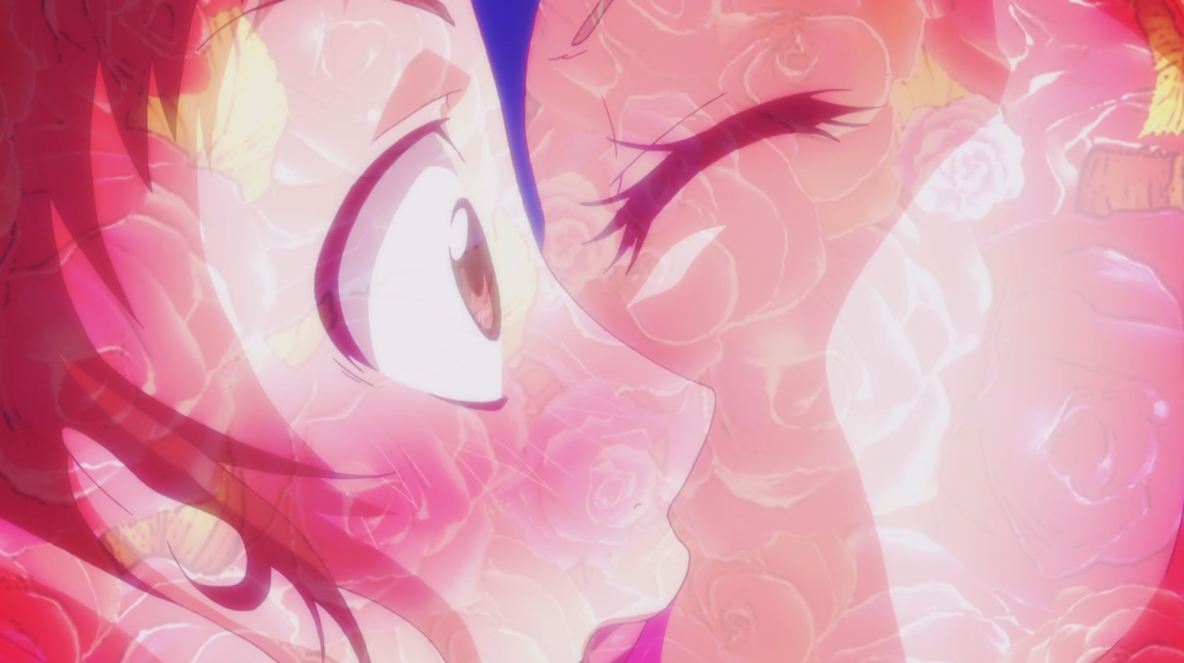 Definitely friendlier than a handshake…

On the topic of E-Gene personalities, we have Jess. She’s a lot more…friendly than originally indicated. When not in combat mode, Jess has a habit of greeting people with a kiss…a French kiss. Not what you’d expect from the powerhouse we saw stamp an EIO into submission. Though this is yet another example of just how infectious the E-Genes can be when activated. The same is also true of Jack to a lesser extent. Though already brash and aggressive, his temperament is tweaked a little in the midst of battle, generally represented by his habit of licking his lips. However, it’s also interesting to note that the personality shift can be permanent. Mahesh begins to tell a story, that is so rudely interrupted by an EIO, about how he was not always as friendly as he is now. He believes that Gandhi’s spirit has had a calming effect on him, on that carries on regardless of whether he is using his AU weapon. I’m curious to discover his previous disposition, to see the extent of Gandhi’s influence. 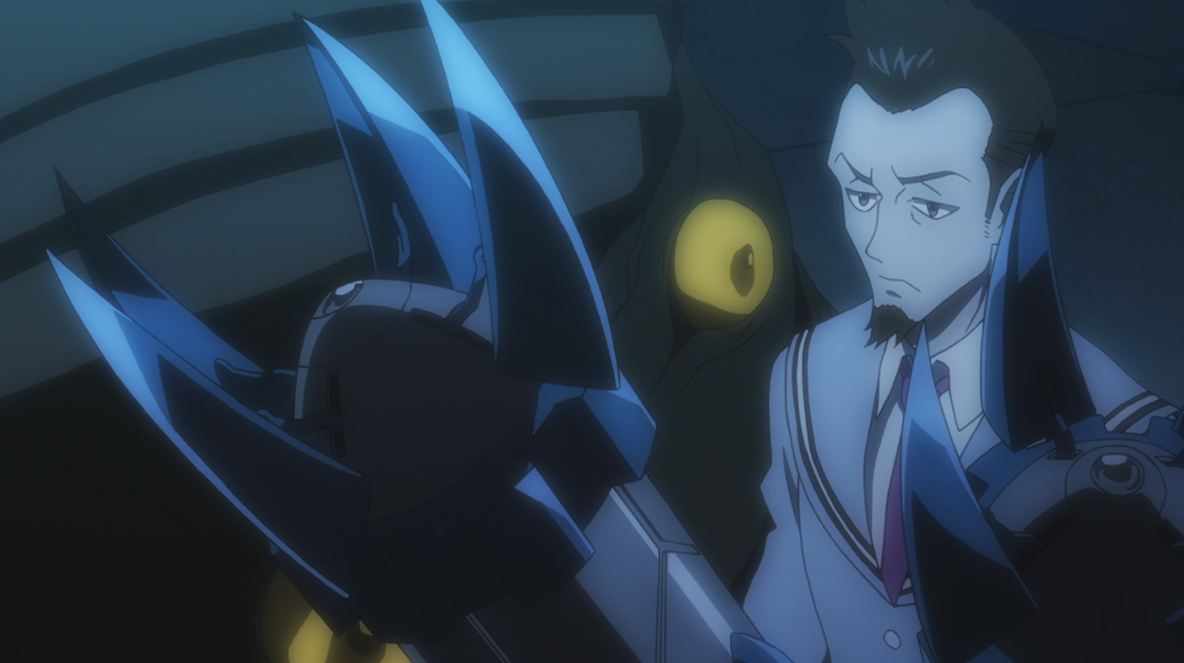 Amidst the insanity of the Second Platoon and their strange relationships, we also begin to learn more about the ever present Evolutionary dangers. Scientists John Hunter and Vidocq perform a little neural exploration to determine the method through which the creature communicate. Though of course, research requires material on which to experiment, leading to the Second Platoon’s first official mission with Sio on board. Though rather brief, it showcases Sio’s status as a novice, still requiring the support of the entire team in order to make a shot. That being said, it also expresses how, though they haven’t known her for long, the Second Platoon is more than willing to aid their newfound ally. The rather quiet inclusion of Dai Zong also showed how E-Gene Holders are dispatched to where they are most needed, even working with other platoons. Combined with the presence of support specific soldiers, such as Gallileo, DOGOO is revealed to be an organisation prepared for a variety of situations. It also proves that DOGOO (the rabbit looking alien) possesses incredible foresight, having gather the E-Gene souls from across time. However, despite those great decisions, the alien is not all knowing, as the fruits of the Second Platoons mission revealed. There is still much to be learnt about the Evolutionary threat, information that just might save the world. 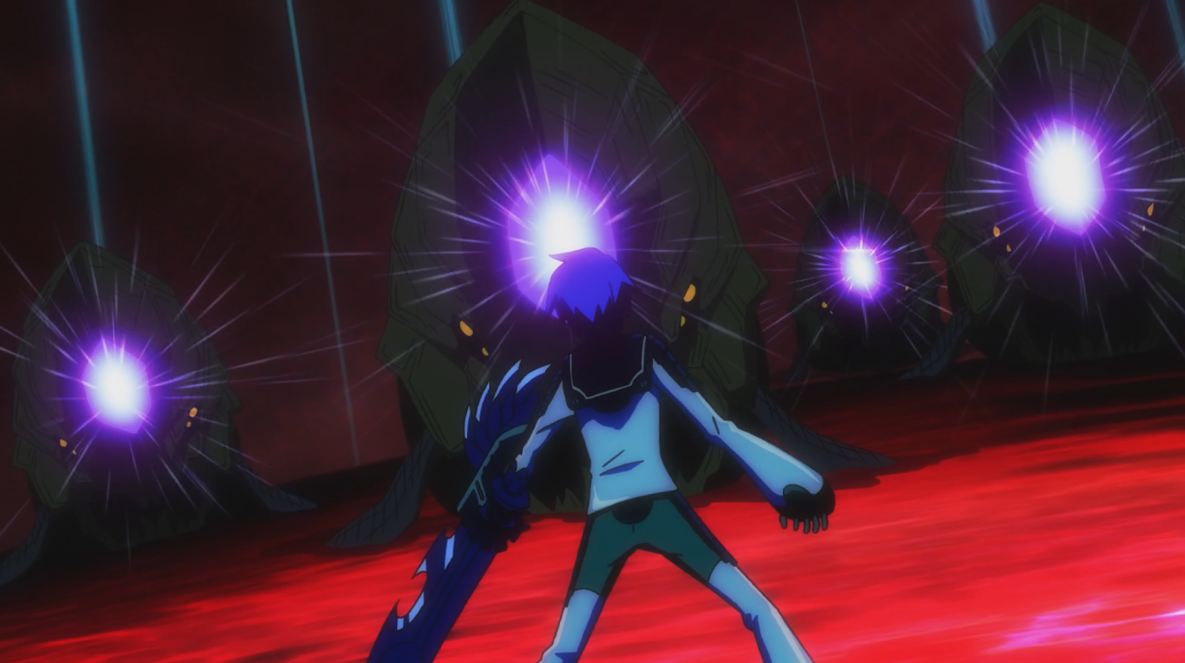 Maybe they just want to be friends?

So with Sio settling in as much as she can with a bundle of quirky characters, it would seem that the Second Platoon just got a little bit stronger. Though the threat of human supplantation remains ever present,it was nice to take a respite from the carnage and view the people behind the powers. Hell, the fact they have names of their own was a good enough start…though they still seem to talk about each other via their nom de guerres. I guess we’ll have to wait and see just how friendly the Second Platoon get with each other, though their default settings are way above that of normal people. In all honesty it has to be one of the most sexually charged outfits in DOGOO…though I could be proven wrong. I guess we’ll find out when the other divisons are revealed. 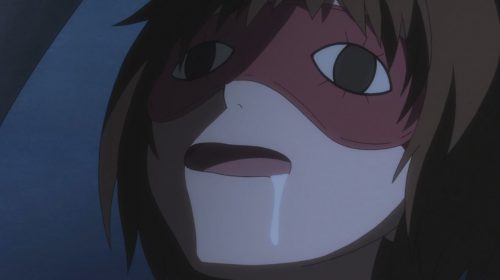