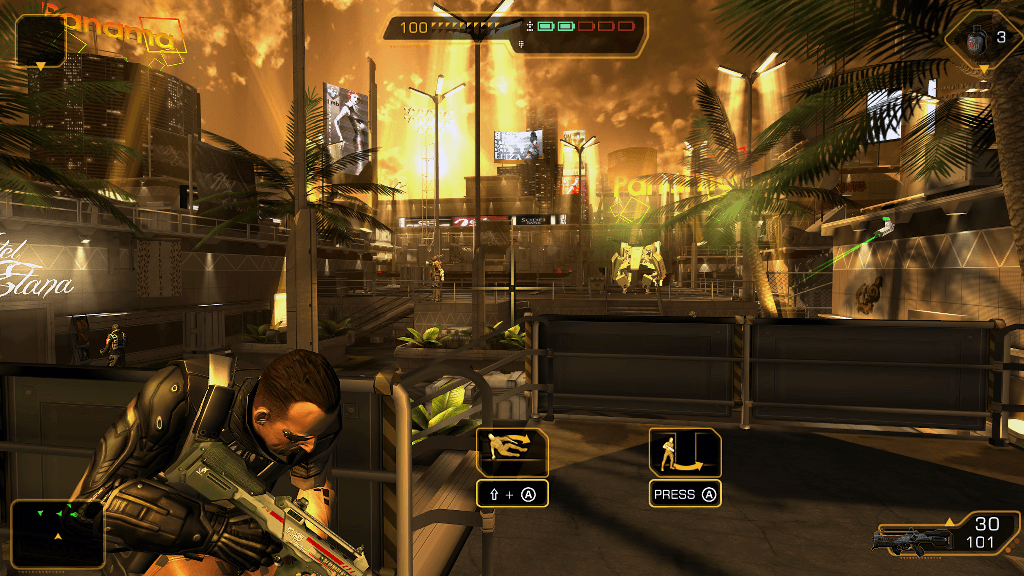 The previously mobile only game Deus Ex: The Fall is now making its way to PC via Steam after having much success in the market and winning a number of awards. Developed in conjunction with the original team that developed Deus Ex: Human Revolution, Deux Ex: The Fall is set in 2027 – a golden era for science, technology and human augmentation, but also a time of great social divide and global conspiracy. Powerful corporations have seized control from governments and command the drug supply needed by augmented humans to survive. In this chaos Ben Saxon, a former British SAS Mercenary who underwent physical augmentation, is desperate for the truth behind the drug conspiracy. Betrayed by his private military employers, the Tyrants, Ben’s life, and the life of all augmented humans are in great danger.

Deus Ex: The Fall will be out on March 25th for £7.99/€9.99/$9.99 depending on your region. It will feature 28 Steam achievement, Steam Trading cards, adjusted AI, added keyboard and mouse functionality and obviously the ability to play the game on your monitor as opposed to your tablet or phone. Gamers who pre-order Deus Ex: The Fall on Steam will get the original Deus Ex- Game of the Year edition for free. To pre-order now just follow this link. You can check out some screenshots of the PC version of the game below.