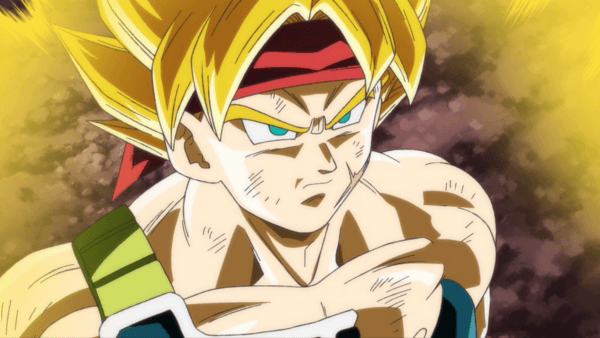 For all these years no Dragon ball Z fan has ever known Goku’s full origins, yes we were introduced to his father before his untimely death and, yes, we know that he had a Superman-esque departure from his planet as a baby but we were never aware of the woman who carried this powerful child for 9 months or however long Saiyans stay in the womb, some of us probably never even though about her. Series creator Akira Toriyama has finally come out in an interview and given us the name of Goku’s mother. I would now like to introduce you to…Gine, the mother of Goku, the greatest hero Earth has ever seen. Toriyama explained that Gine was, oddly enough, a fairly gentle Saiyan which is unheard of seeing as the Saiyan race are supposed to be full of mindless brutes.

She actually fought in the same squad as Bardock (Goku’s Father) and eventually fell for him once she saw how heroic a man he can be. Love also happens to be another odd feeling for Saiyans with the race only ever mating strictly for reproductive purposes, I suppose Goku gets his human-like features from his dead Mother. Gine eventually gave up the warriors way to instead work at a meat distribution centre on the planet. She, like he rest of the inhabitants of Planet Vegeta, died thanks to the royal looser Frieza. Her character design has yet to be released but it WILL be coming on the 4th of April when “Jaco The Galactic Patrolman” the full Manga collection gets a release. Her image will be present somewhere in that collection as an extra so keep your eyes on the site for that one.