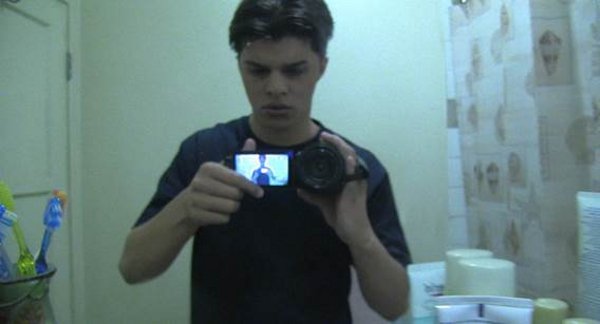 Paranormal Activity: The Marked Ones is set to release to cinemas nationwide later this month, which is why Paramount Pictures has released a brand new clip from the movie to prepare its views for what is coming. The clip, simply titled “Chasing Oscar” shows off a fairly tense scene in that Paranormal Activity style that has followed through the film series.

Those wanting to check out this new clip from The Marked Ones can find it embedded below to fill that void until the movie releases January 23rd. But, if the clip isn’t enough to sate you until the release, Paramount Pictures has also has an interactive video experience that viewers can enjoy. Those wanting to “Experience the Fear” can head over to the Paranormal Activity Website.

Have Paranormal 4 Activity Debut In Your City

Extended Paranormal Activity: The Marked Ones Clip Goes Into the Basement