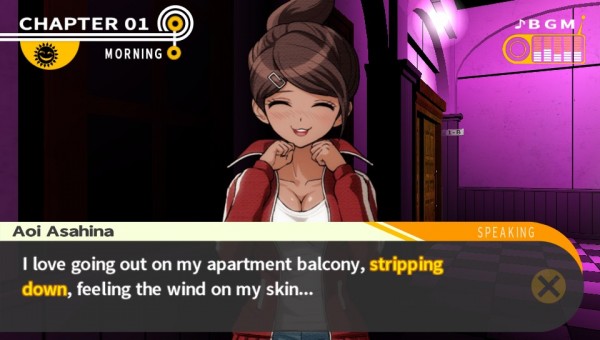 Today NIS America has released a new batch of English screenshots for Danganronpa: Trigger Happy Havoc which seem to cover many of the aspects of the game that players will be experiencing once it is released in North America on February 11th and Europe on February 14th. As you can see below, the screenshots show not only the investigation aspect of the game, and the cutscenes, but the various interactions players can have with the other students in Hope’s Peak Academy.

For those who don’t know, in Danganronpa: Trigger Happy Havoc players take on the role of Makoto Naegi, a very average teenager who has been accepted into Hope’s Peak Academy, a high school for only the best minds in the nation. However once he enters the school with the rest of the class, they find themselves trapped in a battle for survival against the twisted mastermind who has taken them prisoner for a sinister game.