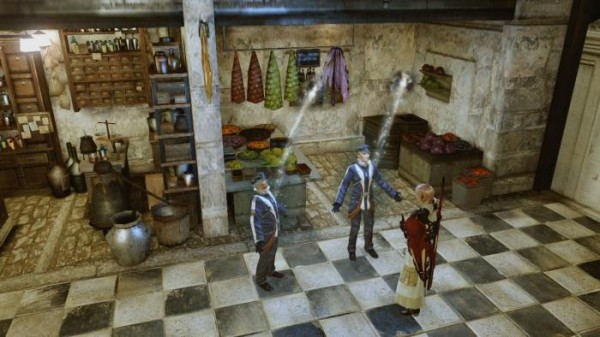 This is the end. The end of the world. The end of Lightning’s story arc. Lightning Returns: Final Fantasy XIII releases on February 13, and signals the closing of a chapter in the long-standing series. We went hands-on with a full build (not the finished build) of the PlayStation 3 and Xbox 360 title, getting in over 90 minutes of playtime, as part of a Square Enix Showcase. Unfortunately, there is much we are not allowed to discuss or mention, so we apologise in advance if you’re looking for very specific plot details. Then again, you shouldn’t want that spoiled, should you?

As alluded to in the title, Lightning makes a triumphant re-emergence since her “demotion” in Final Fantasy XIII-2, not only as a primary character in the plot, but the player character. In this(effectively) third act of her story, Lightning is tasked with something oh so minor… saving the world, and on a timer no less. No biggie, right? What’s great about the limited time in which she has to achieve this is it’s not just a plot device, but a gameplay mechanic. A countdown is visible on screen at all times, with a clock present to its right. The clock itself has added purpose, as certain missions place a time-of-day requirement on you, and many gateways to further areas on the map only unlock during a specified window. Not every quest is mandatory, but they all eat up valuable time, so it’s up to you how you want to tackle the game and where you want to dedicate your time and effort. If you feel like you can accomplish everything in a swift manner, then you can attempt that completionist goal. There is just so much to do, however, that I’m not sure that’s even possible. 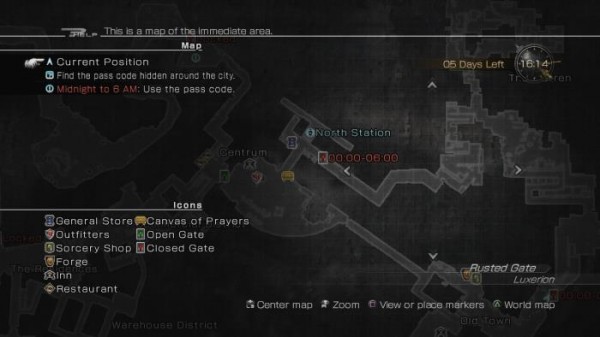 I’ve gotten ahead of myself a little here. The game starts off with an encounter that re-introduces a familiar face – Snow Villers. Fans would know that the death of Serah, his fiancée and Lightning’s sister, had a very powerful impact on him, with Yoshinori Kitase having previously described him as “struggling with all his might to keep himself from falling apart from the sadness of losing Serah.” Without overstepping boundaries, its clear given their dynamic as complete foils of each other, that the two individuals may not continue to see eye-to-eye on everything. The opening sequence also introduces the mysterious Lumina – a near-splitting image of Serah, but that’s about all you know about her from the get-go. Amongst the literal Chaos – unleashed in the previous title – the player is walked through combat tutorials against an Anubys that emerges from the substance.

The combat system keeps the Active Time Battle (ATB) elements, with some additional tweaks and extra layers. The ATB gauge works much in the same way, but now garbs change the the face of the battlefield. Yes, reminiscent of the “dresssphere” of Final Fantasy X-2. Lightning can equip up to three different ‘schemata’, which can be quite deeply customised. They are built off the base of an alternate garb, with each having their usual slots for a melee attack, magical attack, guard and a fourth ability. However, you can assign one to be your dedicated mage-like schema, focusing solely on high magical attack, defence, etc. What determines these distinctions are the properties and specialities of the chosen garbs, weapons, shield, accessories, adornments and abilities. When in-combat, the player can press the corresponding button for the desired ability, or hold it down for a prolonged use, which drains the ATB gauge, or meter, continuously. Once your meter is empty, you can switch to one of your other schemata with ‘R1’ or ‘L1’. Whilst using another schema, the meter of the previously equipped schema refills over a matter of seconds. 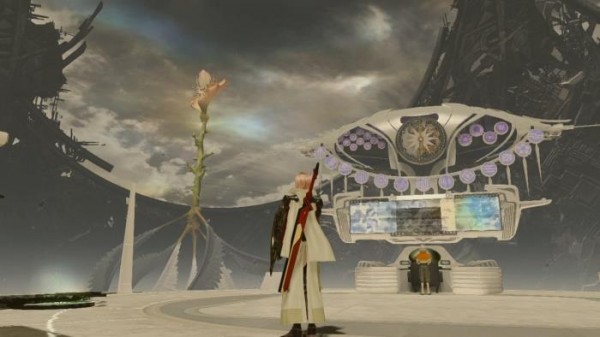 You should never be left powerless, however that doesn’t mean every battle will be a cakewalk. If the enemy you are currently facing is weak against sword strikes, for instance, and your melee-geared schema runs out of ATB meter due to overuse, then you’re obviously going to be less effective, take longer and have a generally tougher fight with a differently customised schema. Monsters make their presence known across the land, so you can avoid confrontations if you see fit. Initiating the combat with ‘R1’ – which acts as an early strike – takes off 10% of the enemy’s health before the battle even begins. Catch them off guard and that bonus increases to 25%. Repeatedly hitting an enemy with their weakness will eventually ‘stagger’ them – a feature that is well known to experienced players. Once that occurs, their statistics are updated and can be brought up during the fight by pulling ‘R2’. This screen will show you stagger conditions (once met), which attacks they are immune to and more. The only way for this information to be learnt is for the player to first try it out.

Potions and other items can be used at any time by pressing ‘start’ and choosing one of the six that Lightning can carry at any given time. When there are multiple enemies on screen at once, the player can shift between them with the D-Pad. Sometimes, whichever enemy you are not locked onto will creep out of view of the camera, but camera angles can also be cycled through at a moment’s notice (and you’ll also do well to read audio cues). ‘Energy Points’ – equivalent to ‘Technical Points’ from Final Fantasy XIII – are gained by defeating enemies and allow for ‘EP Abilities’ to be executed in and out of battle, which can be accessed by pulling ‘L2’. As an example, the ‘Escape’ EP Ability lets you do just that against a hard opponent. The catch in this case is that every tie it is used, you lose one hour of precious time. It’s the only one with a negative feedback loop though, partly because it’s also the only ‘free’ EP Ability, costing zero Energy Points. 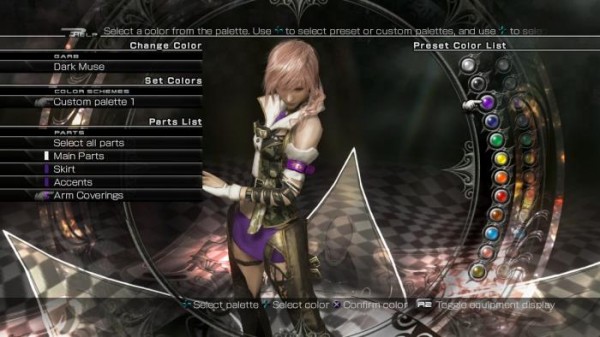 The final piece of the combat puzzle is Overclock, which is directly tied to your EP. Activating this special ability slows down time as you are enabled to bombard your practically stasis-bound opponents with relentless fury. Rewards for being victorious are much the same as most previous entries in the series, comprising of Gil and another item, the type of which depends on the identity of the monster. It’s important to note that, unlike the prior two games, your health bar does not automatically regenerate once the battle is won. Merchants and healers are your friends, remember that. With that covered, plot-wise, I can’t be detailed in what I divulge past a particularly early section. Lightning is brought back up to The Ark – a zone where time stands still and our heroine can check-in throughout her journey with Hope Estheim, who serves as her operator in a way. The Saviour of souls can’t be expected to do everything on her own, after all. From here, players can also replay big battles (and presumably boss battles).

Before progressing, the duo engage in an aggravatingly circular conversation in which Lightning exclaims, in as many words, “So this is what I must do…” at least three times. It also reflects the problem with FF games – the dialogue and action are rarely balanced well. When you enter into a conversation or trigger a cutscene, expect to be there for quite a while, with nothing to do but feverishly skip lines or play with the camera. I was pleased to teleport out of there as fast as possible, through the Ark Portal, and enter Luxerion – a main location in Nova Chrysalia. But that’s all I can tell you… I’m sorry! I wish I could say more, but I’m sworn to secrecy. The upside is, Lightning Returns: Final Fantasy XII is merely a month away, so you won’t have to wait long to dive in yourself. We also checked out the Final Fantasy X/X-2 HD Remaster. Stay tuned to Capsule Computers for future FF coverage, and our reviews closer to launch. 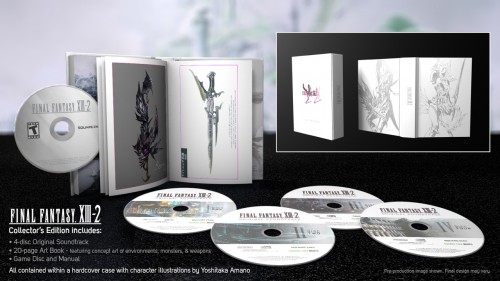