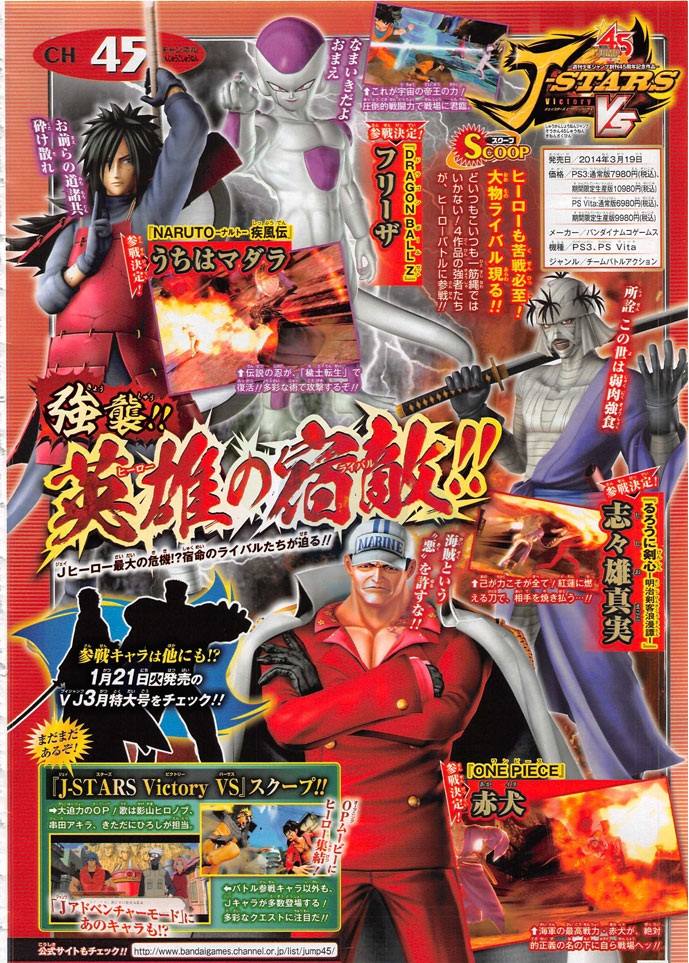 If you’re as big a Shonen fan as we are here at Capsule Computers than I’m sure you’ve been following all the J-Stars Victory Vs news to date, well we’ve got some brand-new information for you that has just been announced though Shueisha’s Weekly Shonen Jump magazine and, not only has Namco Bandai gone ahead and added four new playable characters but they’ve gone and chosen some good ones too!

Madara Uchiha (Naruto), Frieza (Dragon Ball Z), Akainu (One Piece) and Makoto Shishio (Ruroni Kenshin) have all been thrown into the battle as fully playable characters so not only do you have the Shonen heroes to play as but you’ve gotten some of the Shonen villains to even it out!

In addition to showing you all some awesome new characters, the magazine also made mention to certain characters like Naruto’s Kakashi Hatake and Sakura Haruno making appearances throughout the game whether it be in the opening sequences, throughout levels and/or within the Adventure Mode. It’s chalking up to be a fantastic title that many Anime fans around the world are excited for so stick to the site for any and all new info to be released.