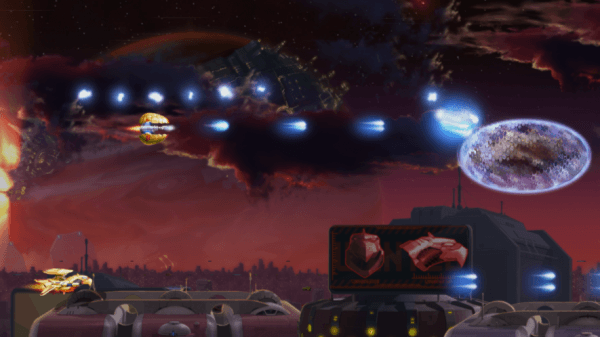 Sumom Games’ shoot ’em up Humans Must Answer is now available on Steam. The game was Greenlit on Steam back in September. The Steam release brings achievements, Steam Cloud support, and some difficulty tweaks to the game. The difficult change was made in response to player feedback. There are now checkpoints player can return to and lower difficulty levels have been made easier.

Human Must Answer stars a ship full of chicken sailing through the solar system as crew members Colonel Ram and Professor Bez argue incessantly. Players will need to shoot and dodge their way to the Sun, destroying humans as they go. The game is available on Steam for $9.99 and supports Windows only. Until January 23rd, the Humans Must Answer is 30% off.