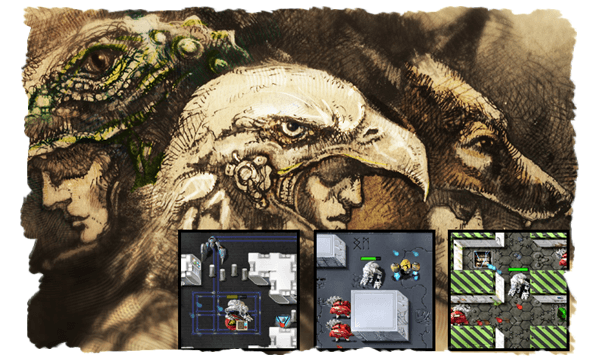 Building on the success of Droidscape: Basilica, Kyttaro Games has released DroidArcade on iTunes. DroidArcade turns Droidscape: Basilica’s gameplay into an action puzzler. To save the day, the little robot named Bishop 7 will need to quickly sneak his way through the space station while avoiding guards and solving puzzles to rescue the last Chronomancer.

Although the stop motion claymation returns in DroidArcade, the game has seen some graphical improvements over Droidscape: Basilica. Additionally, many levels have been reworked and bugs stomped out. DroidArcade is available now on iTunes. Gamers will be able to play the first world for free. An in-app purchase will unlock the remaining three worlds in the game.