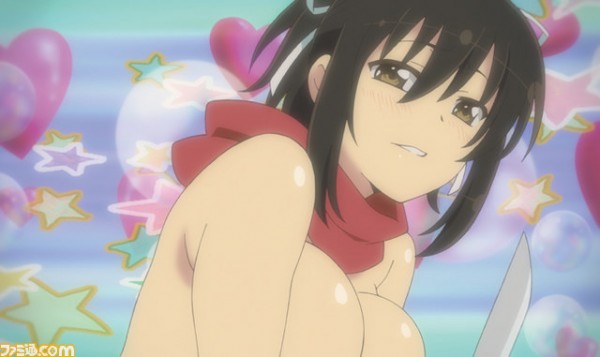 As you may know, a digital only cooking rhythm spin-off game for Senran Kagura has been announced by the name of Dekamori Senran Kagura. Well considering the game will be available in three separate purchase packs, gamers were already expecting a fairly hefty download size but it seems that this dish is going to take up quite a lot of room.

Producer Kenichiro Takaki shared over Twitter that Dekamori Senran Kagura will take up 3GB to 4GB of space when it is released for the PS Vita. This is the size of both packs of the game downloaded at once so if players choose to only download Pack A or Pack B the size might be a bit smaller. Currently Dekamori Senran Kagura is set to be released in Japan on March 20th and at the moment no plans for a Western release has been mentioned.