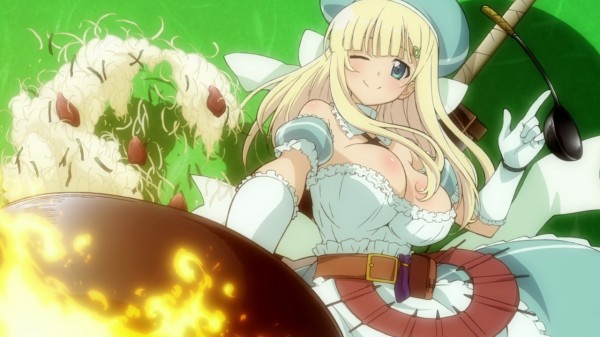 While a major announcement is meant to be made tonight for the Senran Kagura series, it looks like the leaks from the latest issue of Famitsu have decided to steal some of that thunder. First we have two unique little titles that people probably didn’t expect considering the Senran Kagura series is known for being an action title, as well as one that features busty ninjas with clothing ripping off of them.

The first title revealed is a cooking rhythm game called Dekamori Senran Kagura for the PS Vita and PSP. The game will feature all of the characters from the first two Senran Kagura titles while ninjas from Shinovi Versus will be released as DLC and if the a character loses a cooking match, they will need to strip.

The second game we have very limited information on, but it happens to be called Senran Kagura EV which many people are hoping will be related to Senran Kagura: Shinovi Versus as it is set for currently unrevealed Sony platforms. Expect more details to be revealed during the company’s announcement stream.

Update: During the stream Senran Kagura EV’s full name was revealed to be Senran Kagura: Estival Versus and it is connected to Shinovi Versus, however no other details were given.