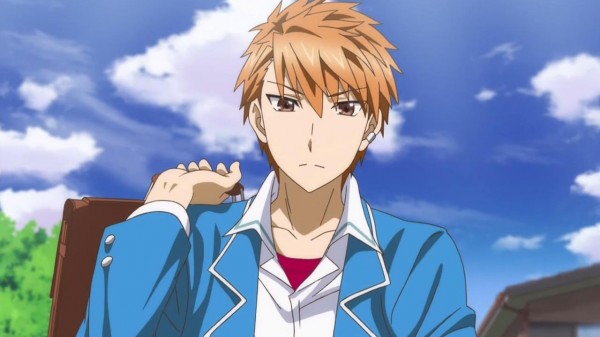 Any anime that happens to be a comedy and is based in a high school following the students is going to be in for a rough time when it comes to making a good impression since this is one of heavily used paths for setting up gag comedies. D-Frag initially wasn’t on my radar at the start of the season but after a licensing announcement and taking a quick look over the few preview videos that were released by Brain’s Base I figured why not. So was this worth my time? Well I wouldn’t be writing this if it wasn’t.

Kenji Kazama is far from your average high school student as he just so happens to be the leader of a three person gang of delinquents, but despite their reputation and appearance for being tough guys, the three haven’t done anything yet and Kazama’s personality is rather straight laced compared to his rough looking exterior. So much in fact that he doesn’t hesitate to help pick up fliers for a young girl at the school entrance after she drops them. 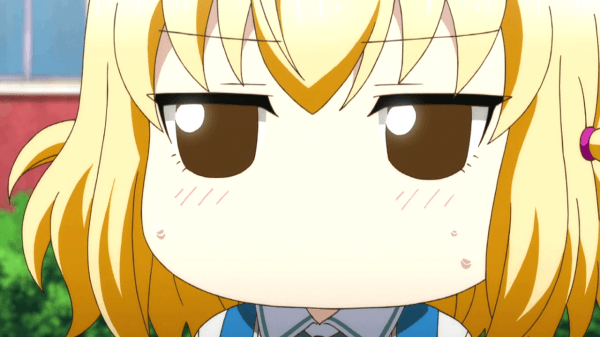 Little does he know that this encounter is going to give his school life one hell of a change-up. Now during the last anime podcast I had trouble remembering the standard straight man funny man terms used in Japan and thanks to D-Frag I remembered them, boke and tsukkomi, thanks to the fact that the show is the epitome of that type of comedy.

After Kazama and his little gang help put out a fire in a club room for a bunch of girls, it quickly becomes apparent that his little gang of delinquents are far from the worse thing the school has to offer as this club of girls, including the one he met at the school gate, is a lot more than they can handle as his two friends are quickly knocked out. 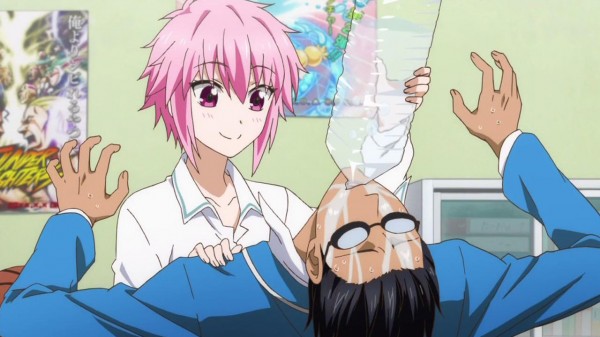 The girls state that they are members of the Game Creation Club and since they are on the verge of being shut down due to a lack of members, Kazama has just earned the honor of becoming a member of the club, even if it means forcing him or coercing him one way or the other. After eventually giving his consent, under circumstances more dangerous than prisoners of war, he eventually learns the truth behind at least a few members of the club only to end up suspended after dealing with a club member that just so happens to be the student council president.

Now comedy can be hard to judge as what may be funny for one person might not be funny for the other but boy if you aren’t laughing during D-Frag then you probably need to check your sense of humor. D-Frag already has introduced a few running jokes in this first episode, one of which happens to be the fact that each of the girls has an element type that they like to use and the fact that poor Kazama might be the only normal person in the whole show so far as he reacts to each rather insane situation just the right way to get a laugh out of me. 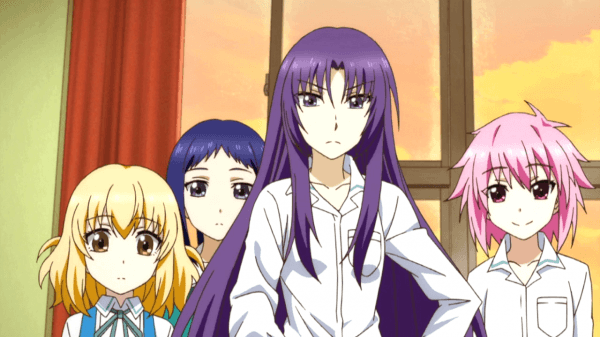 Throughout the first episode we also get a bit of an introduction to each of the girls in the class and boy do we already have a loaded cast full of great girls. There is the violent and dominating student council president Chitose, the loli blonde Roka who happens to be the club president but has a dark side, the laid back advisor Minami, and even a tomboyish girl named Sakura that hasn’t really been introduced fully at the time but is quickly one of my favorites next to Minami, and that doesn’t even touch upon the fact that the other introduced male character, Kenji’s old friend and vice president of the student council, is a major masochist.

Put all of this together and we have a high energy first episode with plenty of comedy coming from almost every angle. There are plenty of visual gags and even a few chibi moments from Chitose to offer and the oddity of each of the characters while Kazama plays the straight man role makes for a hilarious series. There isn’t all comedy though, as we have a few touching moments between Chitose and Kazama as the former shows her dedication to the club, but it pretty much is all laughs. 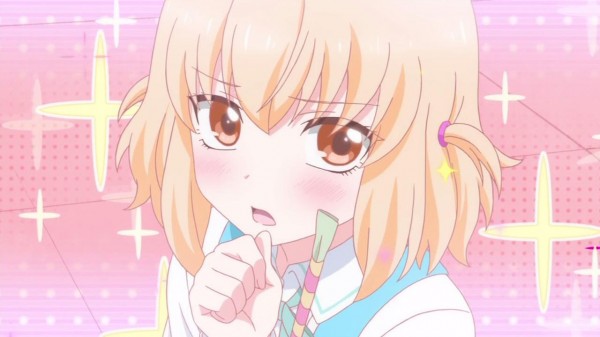 As for what will happen next one could only guess in  gag comedy such as this, but we do have the typical opening theme used as an ending theme for this episode and from the looks of things, a few more characters will likely be introduced and if it is anything like this episode, I’ll probably be laughing and enjoying it just as much as the next time around. 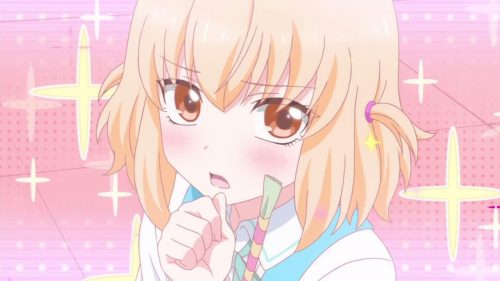 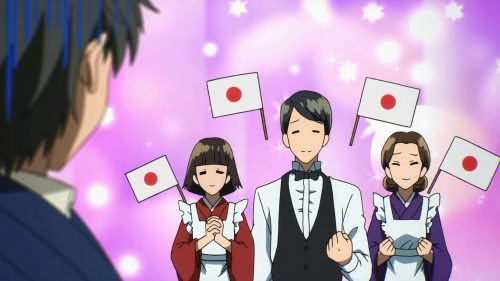