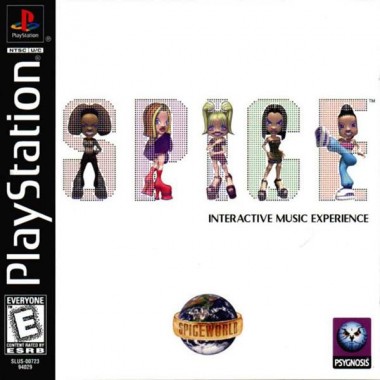 Yes, you are seeing that right, and while I would like to tell you that this game is bad, that its really really bad, I won’t. I was an odd kid growing up, as I always found the most bizarre fandoms to attach myself to. In 1997, I decided I would be a fan of a British pop group who at the time were taking over the entire world with their zany lyrics and loud personalities for a very short time. Were they talented? That is subjective. Annoying? Yeah, they did that well. To a geeky 10 year old though, the Spice Girls were damn entertaining to watch however, and almost impossible to ignore.

Psygnosis’ Spice World in itself is a very shallow Playstation release, but believe it or not, it is still rich with content and semi-decent gameplay. The player starts out by picking their favorite girl, and then must select a song. Once the song is selected, you must then mix the track by quickly jumping to different panels to blend together a unique version, and then head to the dance studio so a man with a large afro can teach you how to dance to it. The dancing portion is all about accuracy and hitting inputs at the appropriate time, so you could say this was one of the first big rhythm action titles to drop before Harmonix gave the genre an appeal. 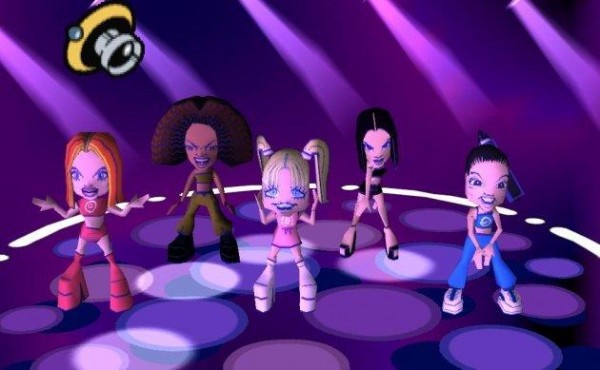 There are two portions to the dance levels of the game. The first is an introduction to the inputs you need to memorize in order to execute your moves during a big, sold out concert. The face buttons spin down on the screen, and once they hit the center, the player must tap that button at the perfect time to move on. If you fail to do so a good number of times, our disco loving teacher will make you re-do the lesson. Once passed, it is time to put the good man’s teachings to work. Each girl has their own specific style, so the next step is to put all of those inputs you learned before to good use and make a dance. If you mess up, that will show so it is important to nail these steps with perfect timing. There is no wrong way to do it, so the challenge comes down to preference. Do you want to give a half-assed performance, or do you want to see something that you would have seen from a terrible award show? 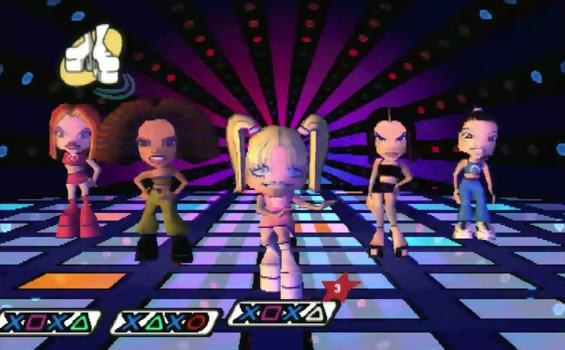 It is a simple formula for a very simple game, but with all of the songs and dance jigs within, there is a ton of replay value as almost every player’s routine will be different by default. Of course the finale is the big show, and you play the role of the cameraman, zooming in on different girls – over and over until the number is complete. That is all there is to it, really. Sure, it’s the Spice Girls and just thinking of spending 30 minutes doing all of this seems terrible to an outsider, but Spice World is a game that doesn’t care what outsiders think. It was developed to please fans only, and is more than happy to provide innocent entertainment with a semi-solid structure to those who give it a try. There are tons of games like this on the market, but they get shoved into a stereotype and ignored by the masses- even though they have committed no crime.

I mean, c’mon! This game has a a disco loving dude that wants to teach you how to side jump! Look into his eyes and deny this game.

How can you say no?

Retro game hunting is now a thing – so next time you are out and see this title at its usual price of below five dollars, snag it up for some cheap entertainment. I can guarantee you there will be no HD remake, and even though the girls look like demented dolls, the risk comes low for a rather memorable little gem that few have dared to indulge in. We even have a follow-up of sorts for our current gen consoles with one of the girls teaching us how to Get Fit with Mel B, which while still released on a Sony platform cannot come close to being as charming as the wild adventures this world of spice holds.