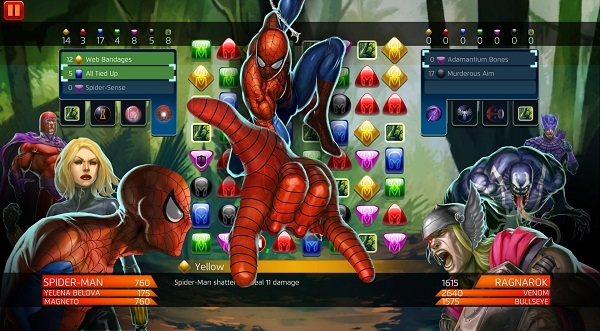 D3 Publisher has officially released Marvel Puzzle Quest: Dark Reign on Steam and is completely Free to Play! Now players are given the chance to assemble teams of their favorite superheroes and villains to duke it out through Puzzle Quest’s match-3 and story-telling gameplay. The game includes RPG leveling systems, player-vs-player modes, character upgrades and customization, and more!

The mobile version of this game was released on October 3rd, and has been met with very positive reviews by the gaming community. The PC version can be found on Steam for free here, and users have the option to purchase additional DLC packs to complement their gameplay.