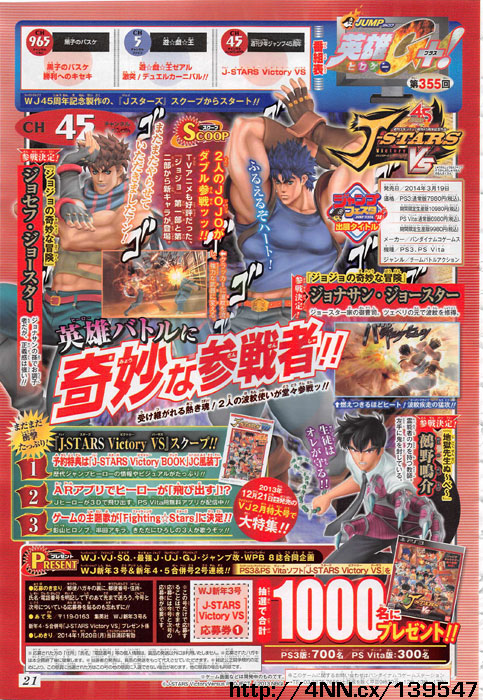 Some new characters have been revealed for the upcoming Shonen Jump fighting game, J-Stars Victory VS, in the latest issue of Weekly Jump Magazine. The latest issue confirms that two JoJo’s Bizarre Adventure characters will be joining the fight alongside a character from Jigoku Sensei Nube.

Representing JoJo’s Bizarre Adventure is Jonathan Joestar and Joseph Joestar, the first two ‘JoJos’ in the series. As for Jigoku Sensei Nube, the game will feature the series protagonist Meisuke Nueno.

The game is slated for release on March 19 in Japan for PlayStation 3 and PlayStation Vita consoles. Stay tuned for updates on J-Stars Victory VS as they come to light.