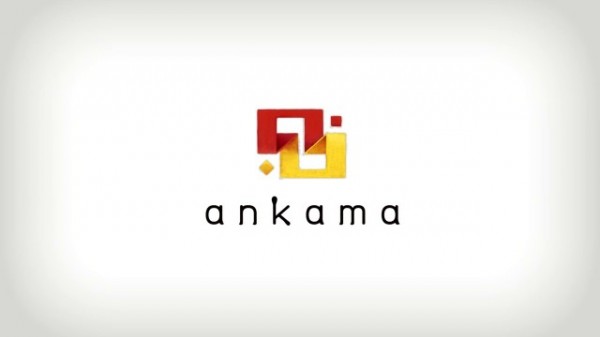 Ahead of the launch of their huge update for Dofus and Wakfu, we got to chat with Ankama Games Marketing Director David Talmat, the man behind the cult-classic MMO games that have captured the imaginations of millions of players across the globe. We talk about what’s new with the update and what they have in store for the 10th anniversary of Dofus. Read on for our interview with Olivier Comte.

CC: To start things off, you have a new update out for Dofus and Wakfu, can you tell us what new features will be included with the update?

A: The most interesting feature in the latest update is the whole new sidekick system, which has been introduced with the Multimen. This update also offers players a load of Christmas content for both games. In DOFUS, players can also try to get their hands on one of the Dofus (powerful dragon eggs) through a new quest which is part of the game’s main quest.

CC: What exactly are the Multi-men and how will they be featured in both Dofus and Wakfu?

A: The sidekick system, which includes the Multimen, lets players control one or two extra characters alongside their main character. This opens up the possibility of new combat tactics and can take battles in different directions than their used to.

CC: In what way do you feel that the Multi-men will change the way players play Dofus and Wakfu?

A: Whatever the engagement of the player in the game, with the help of the Multimen they can access content that was previously only unlockable while playing with other players.

It’s also very tactical. You can choose a character that is totally different than yours in order to combine your skills and see what happens. 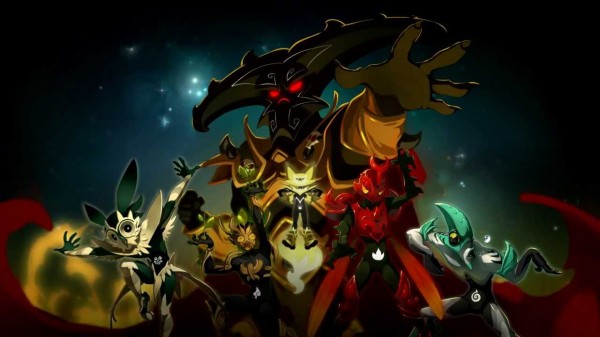 CC: How important do you feel updates are to MMO games?

A: It’s one of the most important things to consider when developing MMO games. You have to make your game evolve, keep the players interested in it, and offer them new quests and experiences regularly. Having an update almost every month is one of the keys to our success.

CC: For those who haven’t played Dofus or Wakfu, how would you describe these games to them?

A: Both are humorous and colorful games with manga inspired graphics. They’re set in a rich fantasy universe called the Krosmoz, which includes many references to heroic-fantasy, but also to pop culture, history and mythology. I should also mention the tactical gameplay which is central to the experience – it has similarities with Final Fantasy Tactics for example – and also the 15 different character classes in each game.

CC: Dofus and Wakfu are incredibly unique types of games, they are something different to the normal MMO games. Do you feel that this has contributed to their success?

A: Absolutely it has! Our games feature a tactical turn-based combat system which is quite unique in online games. But they also have strong political and economic systems. 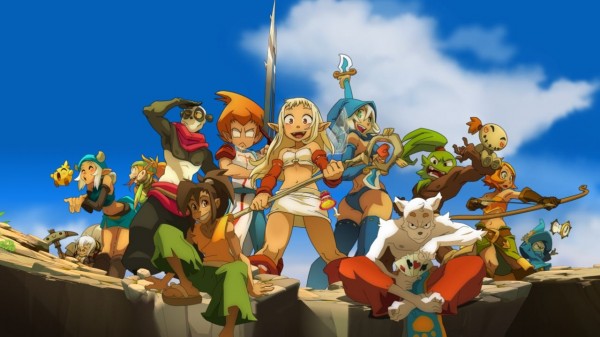 CC: Both of these games are quite distinct from one another, what do you think is the main thing that sets them apart?

A: WAKFU is set in the same universe as DOFUS but a few hundred years in the future. Both games have complex gameplay systems under the surface with 15 character classes and turn based combat alongside a lot of other features that fans of the genre will be familiar with. Other major differences with WAKFU are its more complex political and economic systems plus a very interesting housing feature. In WAKFU, everything is down to the players.

DOFUS was launched nearly 10 years ago and today its content is very rich. We have the same commitment to developing the content for WAKFU. DOFUS has very distinctive graphics but also a different set of spells. On top of that, the way the characters are built in DOFUS is not the same and the PvP play is more challenging than WAKFU.

CC: These games have somewhat of an anime style to them. Is there any particular anime that influenced these games?

A: The various Japanese animated series broadcast in France in the 1980’s that we grew up with are a great source of inspiration, as is the output of Studio Ghibli and comic books from both France and the US.

CC: With the 10 year anniversary of Dofus coming up soon, what can we expect in terms of celebrations?

A: We’re currently planning a lot of events to celebrate, both in game and in real life. Among these will be retrospectives where we will go through the archives and dig out the best stories about the development of the game to share with our players. 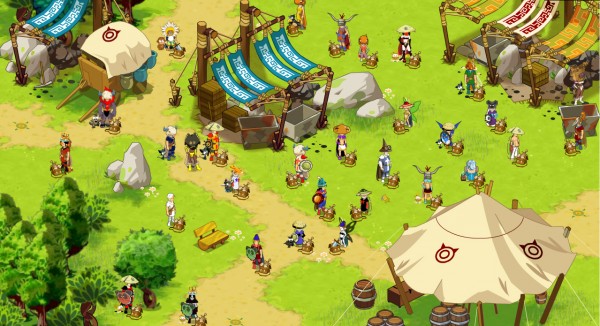 CC: What new things can we expect from Dofus and Wakfu as we head into 2014?

A: Both games will get a new theme and a new innovative feature each year, and the sidekick system (of which the Multimen are a part) is going to be significantly developed. We have a lot of different ideas to expand the world of DOFUS and WAKFU and offer new experiences, and we’re very excited about sharing them with our players.

CC: What would you like to say to all of the Dofus and Wakfu fans out there?

A: Are you ready for another decade with us? Because we’re ready for you.

You can check out Dofus and Wakfu on Ankama’s official website here. The new update for the games are now available for download. Update your game to see the mighty power of the Multi-Men. Special thanks to Ankama Games for setting up this interview and for the opportunity.

Get a Behind the Scenes look at Wakfu…