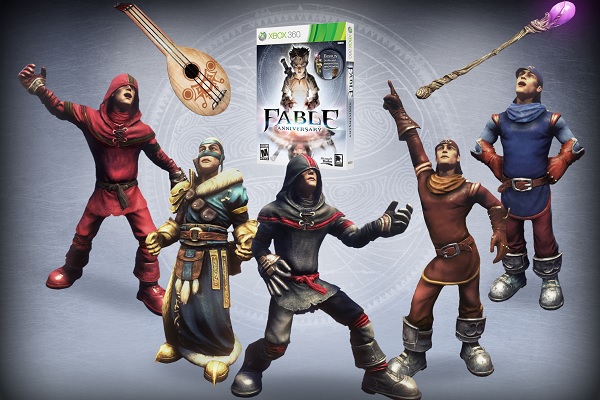 Back when Fable Anniversary was announced for the Xbox 360, gamers had no idea when to expect the title except for sometime in 2014. Well today Lionhead and Microsoft have announced that they are planning on releasing Fable Anniversary February 4, 2014 in North America, February 6 in Asia, and February 7 in Europe.

The game will feature remastered audio, a brand new interface, new achievements, HD 1080p graphics, SmartGlass, and The Lost Chapters included in the release. Also all launch copies of the game will come with an embossed slip case, a 10th anniversary Lionhead avatar helmet and a code to unlock the following outfits and weapons in game:

Fable Legends Announced for Xbox One