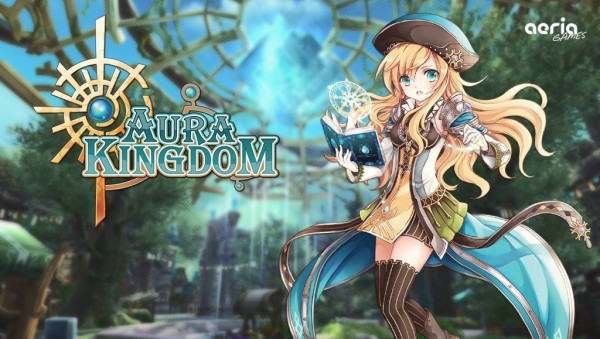 Development on a brand new MMORPG is now underway and gamers can explore the fantasy world of Aura Kingdom from Aeria Games, the publishers behind Waren Story. Aura Kingdom has already started its closed beta, launching it a couple days before Christmas as if it were a gift for its long-awaiting gamers.

In the wake of the conclusion of the highly successful Founder’s Beta, thousands of players have already immersed themselves in the online game. For anyone excited to sign up for the Closed Beta, it comes with guaranteed access to exclusive items, titles, and the ability for players to save their character name when the game transitions into Open Beta.

Aura Kingdom empowers players as Envoys of Gaia, tasked to defeat evil forces which threaten the kingdom. Players can have an option of one of eight classes, with hundreds of possible weapon and skill combinations. Envoys can even call on the powers of spirits, summoned from the Dreaded Realm to aid as loyal battle partners.