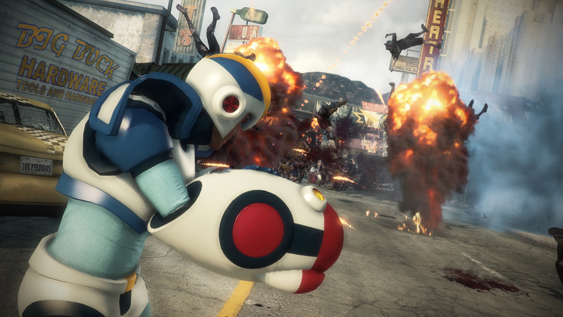 Capcom fans rejoice because a Dead Rising 3 video was just released and what this footage has to offer is something that will really rock fans of the extremely popular game publisher. Mega Man has always had a place in the Dead Rising games, old-school Protoman and Megaman both made an appearance, and nothing will change with the release of Dead Rising 3 because the video that was just released has shown a great deal of footage of the main character of the game, Nick Ramos, decked out in full Mega Man X attire and this is no early mod or cheap trick, this is the real deal.

Alongside the video has come some information that has let us know that, once you’ve beaten the full game, you will unlock an outfit that looks almost exactly the same as Mega Man X, not only that but by beating Nightmare Mode in the game you can unlock X’s Buster weapon and once you’ve done that, well, THAT’S where the fun truly begins. Dead Rising 3 will be released alongside the Xbox One on the 22nd of November but , until then, enjoy this awesome and exciting video. Mega Man fans unite!