Fresh dungeons, puzzles and mechanics are ready to be conquered, the latter enabling innovative new ways to explore a (partially) familiar, but reworked environment. The story begins with an ominous threat looming over Hyrule. Yuga, a mysterious wizard, has appeared, transforming the seven sages of the kingdom into paintings and sending them through to another world. With his home vulnerable, Link steps up to travel to the foreign realm known as Lorule in order to stop Yuga in his tracks and restore peace to his world. 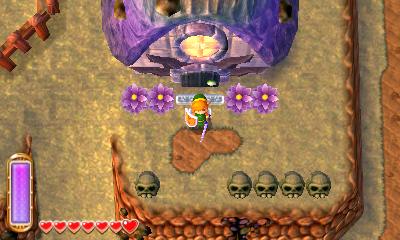 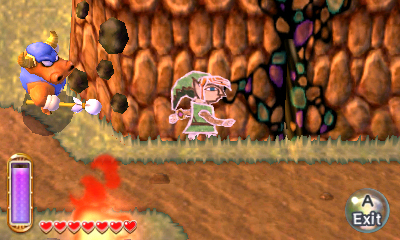 Along the way, Link will meet familiar characters from The Legend of Zelda series, such as Princess Zelda herself and the elder of Kakariko Village, Sahasrahla, as well as new figures central to the storyline such as the travelling merchant Ravio, and the mystical Hilda, Princess of Lorule. Ravio plays an especially integral part in this tale. Setting up shop in Link’s house, this item vendor provides our hero with a helpful bracelet among other key trinkets, of which players can choose to buy or rent early on in the adventure, allowing greater freedom to explore dungeons in any order they wish.

Whether it’s freezing foes with the Ice Rod, or floating upwards with the Tornado Rod, many items will be pivotal to progressing through the fiendishly designed dungeons players will encounter. And thanks to Ravio’s bracelet, Link will be able to transform into a living drawing, adding a new dimension to puzzle-solving. For example, by merging with walls, players can see obstacles from different angles and are able to discover new features. But, there is a limit to this power, and after a certain amount of time, Link’s energy levels will deplete. Just ensure you’re not caught in a compromising position once that occurs. 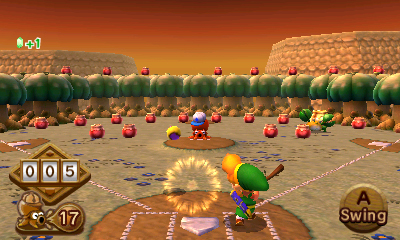 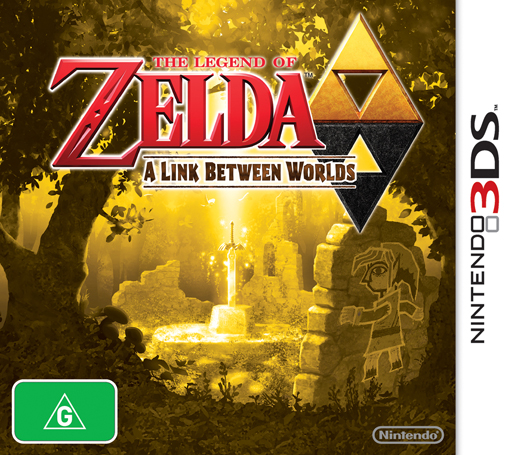 A variety of subquests and minigames also await those looking to earn extra rupees and/or heart containers. Treacherous Tower involves Link fighting his way through a variety of enemies across a number of floors on up to three difficulty levels, while Octoball Derby (as shown above) sees Link step up to bat in a baseball-inspired minigame situated in Lorule where rupees are earned by smashing pots and knocking over enemies stood throughout the field. Once players have completed the main game, Hero Mode will be unlocked, in which Link takes greater damage from enemies when and the most intrepid of explorers may even find a small hidden extra waiting to be found somewhere in Lorule during their second playthrough… 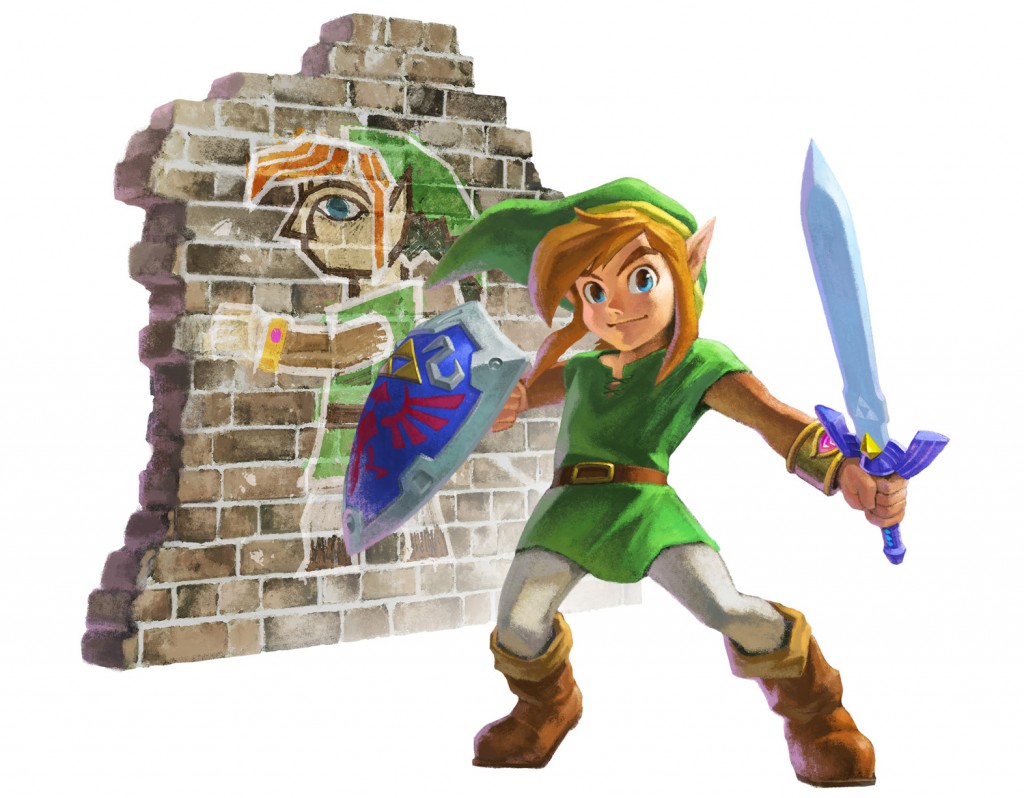 Finally, for all Zelda fans wanting to show off their allegiance to the Triforce, don’t forget that The Legend of Zelda: A Link Between Worlds Limited Edition Nintendo 3DS XL console also arrives on the same day, including a download code to purchase the game directly from Nintendo eShop, and emblazoned with a double Triforce design across the console’s shell.