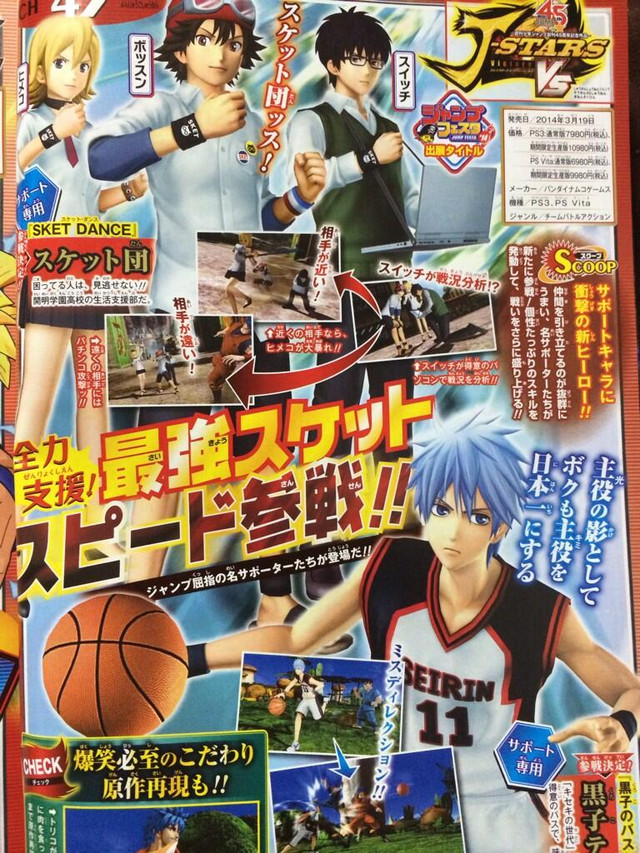 The Shonen Jump team have just announced the latest character additions to the upcoming PlayStation 3/PlayStation Vita brawler title; J-Stars Victory Vs and I personally think that the joining of these characters will make a great deal of Anime fans out there very happy.

Characters from the series “Sket Dance” and “Kuroko’s Basketball” will be joining the, already extensive, cast of fighters. Tetsuya, Kuroko, Bossun, Himeko and Switch have all been added to the mix and it has already been stated that each of the five brand-new characters will be support type only.

The character models are looking absolutely fantastic in HD and I cannot wait to destroy the arena with some of these incredible characters. The game is set for a release in Japan on the 19th of March 2014 on both the PlayStation 3 and Playstation Vita. Hopefully we’ll see a Western release of this title but we wont know anything for at least a few months.