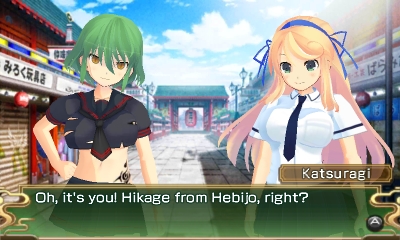 Six months ago gamers in North America thought that the chances of a Senran Kagura game being localized for release in the West were slim to none, but they kept hope alive and now all that waiting has paid off. Today Senran Kagura Burst is available for purchase from the 3DS eShop in North America courtesy of XSEED Games.

The game costs $29.99 and takes up a fair bit of space on the SD card, so an upgraded SD card may be needed to download the title. To commemorate the game’s launch XSEED has released a new trailer for the game, which can be found below, focusing on Hebijo Academy’s side of the story.