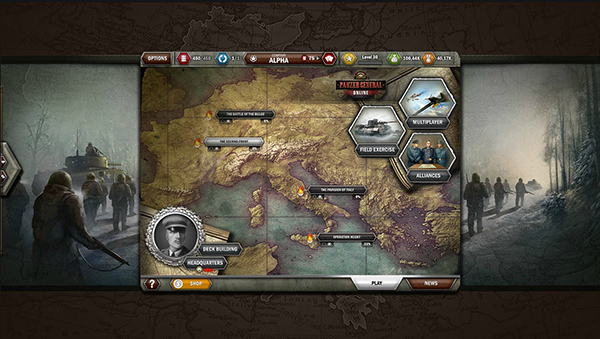 The free-to-play model is booming among established franchises and nowhere is it more evident than on the PC and its strategy titles. Panzer General began way back in 1994 as a strategic turn-based war game that spawned many sequels until today, where we have a free browser-based version called Panzer General Online.

Ubisoft’s Blue Byte has retained the Axis vs Allies theme on a hex map game board but has added a collectible card game element that has players build their army decks using these cards. We spent some time in the closed beta, launched last month, to see how Panzer General Online is shaping up.

First thing’s first, there are tutorials to get through before you’re allowed to field an army on the multiplayer battlefield. It’s a good thing that there are plenty of them as you soon find out the system isn’t as simple as it appears to be. The grid on which you play looks paltry in comparison to other turn-based games, “this will be a cakewalk”, I thought. 8 hexes long by 3 hexes wide, with the length split in half for each opposing army. It’s not a size that strategy veterans are used to and I admit I was confused at first at how little room you’re given to move around in. 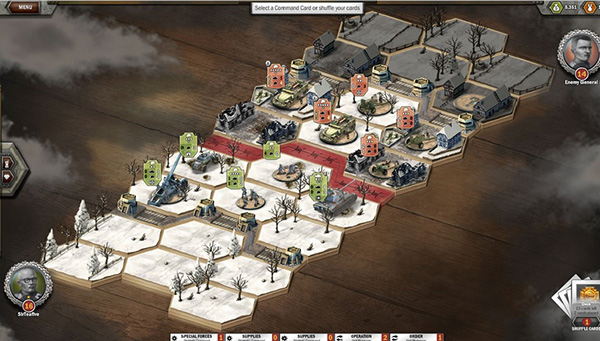 Your army is composed of unit cards such as rifle teams and tanks that come with commands. These commands, such as Order (allowing you to move or attack) and Pincer (a flank-hitting maneuver) are randomly shuffled into your hand when the game begins. Using each consumes your Command Points and once they hit zero, it’s game over. So the battle is played out like a game of chess, denying your opponent their move and forcing them to use their Command Points while defending your HQ behind your line.

These points can be refilled thankfully using the Resupply card, but even that isn’t reliable as it may only refill between 2-4 points. When you’ve used up all your cards you can shuffle them again, but at a cost of one point and a chance to strike your opponent, leaving you vulnerable. As you advance in rank you can make use of powerful artillery units and air support cards. Terrain plays a factor and if your unit is sitting in some trees then that increases its counter-attack damage and may even give it an anti-tank capability.

Off the field you have your Level which is gained through experience and your in-game cash which can be spent on Booster Packs containing random units including rares. It’s like opening those trading cards as a kid all over again! Except this time you’re getting a German Tiger tank instead of a Charizard. You also have hard-earned Prestige which can be spent on Special Packs containing uber units like the Maus tank or exchanged for cash and Supply. 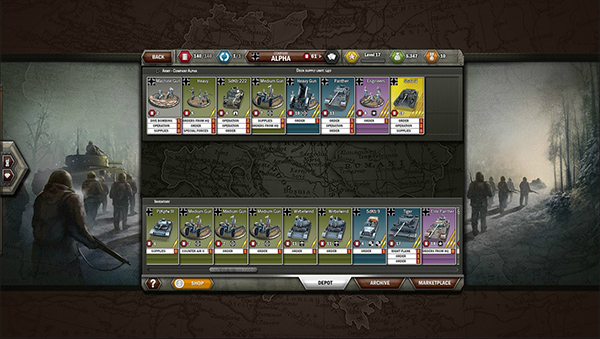 Now Supply is how much your army costs to field each time, with more powerful armies using up more out of a pool of 185. This recharges over time but only by a little. Currently I can deploy my army for 15 Supply but it only recovers 2 every two minutes. Want to get into the game faster? You have to head to the shop.

Currently there are two factions, the U.S. and Germany with one campaign available from the get-go. Additional campaigns called Quest Packs based on the Western Front can be bought with in-game cash from the shop. Finally, the Headquarters tab lets you develop your General, increasing your overall Command Points, Reserve units or Supply limit using Skill points. 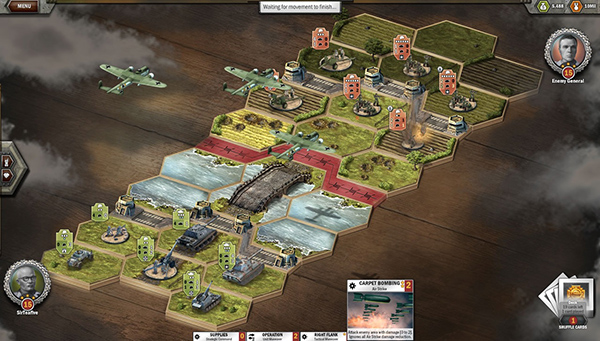 So there is plenty to do in this little browser game which feels like a cross between plastic army men and a trading card game within a turn-based strategy system that’s a lot harder than it looks. I can see myself losing a lot of time here if content continues to pile up, such as additional campaigns and hopefully more factions such as the Soviets.

If you love your World War II strategy and you’re looking for something easy to start but is increasingly challenging, Panzer General Online is one to keep an eye on.

Champions of Anteria Announced by Blue Byte and Ubisoft 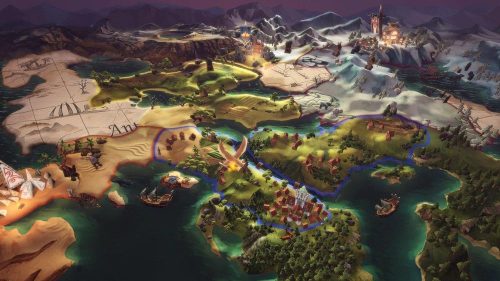